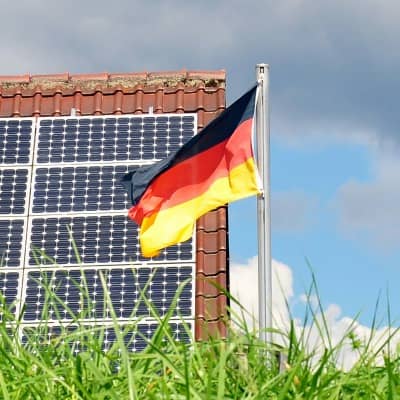 Despite its success in managing variable-generation power sources such as wind and solar, Germany's electricity distribution system is beginning to show signs of saturation. And while German officials work to resolve grid-related challenges, U.S. and Canadian solar advocates – who view Germany as a bellwether – are closely monitoring developments.

‘The aggressive pro-solar policies in Germany created the demand that brought affordable solar to the U.S.,’ says Bob Gibson, spokesman at the Washington, D.C.-based Solar Electric Power Association (SEPA). ‘The U.S. market will continue to benefit from the solar experience in Germany if that country leads the way to efficiently managing a high penetration of solar on the grid.’

With about 5% of its gross electricity production supplied by solar generation, Germany is one the world's leading solar photovoltaic markets. In May 2012, Germany's solar PV systems delivered an astounding 30% of country-wide peak delivery demand. However, while celebrating the country's solar capacity, officials discovered an uncomfortable issue with variable generation: Germany has ‘a 50.2 Hz problem.’ Â

In 2008, around the time the country was rapidly integrating large amounts of solar on the grid, Germany's existing low-voltage interconnection standards stipulated that distributed generation be automatically disconnected if system frequency exceeded 50.2 Hz.Â

‘During a light load condition, if system frequency rose above 50.2 Hz more than 3 GW of PV generation could be lost,’ says Charlie Smith, executive director at the Virginia-based Utility Variable Generation Integration Group (UVIG). ‘This was greater than the largest single contingency for which the European interconnected system was designed to withstand. Detailed system simulations showed that the system could become unstable and result in a system collapse under such conditions.’

In 2012, Germany rectified the problem by implementing a new low-voltage interconnection standard. Additionally, Germany instituted a field retrofitting effort that involved changing the pre-programmed over-frequency trip settings in PV inverters. About 315,000 PV systems sized 10 kW or larger are scheduled to have their inverters either retrofitted or replaced within four years.

German solar officials contend that the retrofitted inverters will be less sensitive for increased ride-through and staged in their timing to minimize their switching impact.

‘It is a very expensive and time-consuming process,’ Smith says, citing estimates that the German government will spend as much as $500 million to rectify the problem. And it all could have been avoided with some foresight before the solar boom took place, he adds.

Last year, the San Diego-based Western Electric Industry Leaders (WEIL) group urged regulators to require the installation of ‘smart inverters’ on all new solar generators in the region to ensure their smooth integration into the electric grid. Specifically citing the example of Germany, WEIL says quick action would protect the grid from power fluctuations caused by the integration of increasing amounts of variable-generation solar capacity.

SEPA's Gibson says the recent tumult in Germany's renewable energy market is a cause for concern. SEPA is planning on a fact-finding trip to Germany this September.

‘There is a fear that all these changes will bring calamity to the energy market and the economy,’ he says. ‘Or, do the Germans manage it effectively and transition to a stable renewable energy future?’

Will it FIT?
Ontario is also keeping close tabs on Germany.

Although solar generation in Ontario makes up significantly less than 1% of total electric consumption, what happens in Germany has particular relevance in the province.

Like Germany, Ontario leveraged a feed-in tariff (FIT) to rapidly expand its base of renewable energy. In fact, Ontario's FIT is largely based on Germany's Erneuerbare-Energien-Gesetz (Renewable Energy Sources Act).

When Ontario and Germany each encountered political push back as a result of the FIT, German officials steadily modified FIT incentives downward to reflect integration challenges and falling generation costs, while Ontario significantly altered its primary procurement mechanism.

Kristopher Stevens, executive director at the Ontario Sustainable Energy Association, says the value of political will cannot be overestimated.

‘The key right now is political will and helping those from the old energy paradigm shift and find opportunities in the transition from a bulk or largely centralized power system to a distributed power system,’ he explains.

Although Germany's solar market is 20 years ahead of Ontario, Stevens says many of the same integration challenges faced abroad are particularly relevant in Ontario.Â

‘The technical integration challenges are solvable,’ explains Stevens. ‘In fact, utility experts have regularly pointed out that managing variability is nothing new: Utilities have contended with variability since the dawn of centralized power networks, although mostly in terms of demand variability rather than supply variability.’

While U.S. and Canadian interests struggle domestically with finding and keeping a place for renewable energy, the two countries have the luxury of learning and watching from afar.Â Â

Or, as UVIG's Smith notes, ‘We now have the German experience to learn from.’