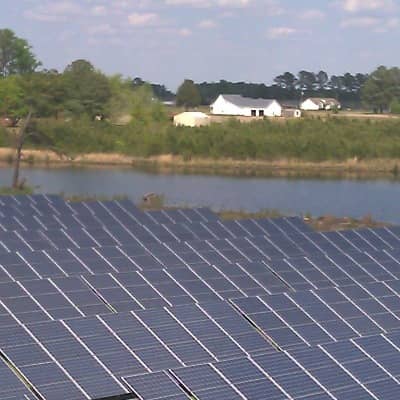 After a strong showing in the national rankings last year, North Carolina's solar market could now be in jeopardy.

The state, which deployed 131.9 MW of solar in 2012 – enough to rank fifth in the U.S., according to the Solar Energy Industries Association – is currently considering a removal of its renewable portfolio standard (RPS). H.B.298, which would repeal or significantly weaken the RPS law, passed a state House committee earlier this week, bringing it a step closer to potentially becoming law.

North Carolina's Renewable Energy and Energy Efficiency Portfolio Standard (REPS) currently requires the state's investor-owned utilities to procure 12.5% of their generation from renewable energy by 2021, while electric cooperatives and municipal utilities are required to procure 10% by 2018.

Although the REPS most directly drives the development of large-scale PV projects in the state, its continued existence is considered crucial for all segments of the solar market – including the numerous local installers that have helped create North Carolina's recent solar success.

‘It lets the public know that the government supports solar and the renewable energy industry,’ he explains. ‘It also attracts companies to North Carolina that have a progressive energy policy.

‘I fear that if it is repealed, we're going to lose a lot of good companies to neighboring states,’ Miller adds.

Until recently, North Carolina's southern neighbors had not yet deployed the types of policies needed to attract solar investment and allow projects to flourish. But with the launch of new initiatives and incentives in Georgia – where the Georgia Power Advanced Solar Initiative aims to create 210 MW of solar development – and South Carolina, solar companies that had primarily operated in North Carolina may be increasingly tempted to pack up and head south.

‘Almost all the major North Carolina developers are already looking for land and have done projects in South Carolina and Georgia,’ Miller notes. ‘This bill to repeal the RPS just adds more uncertainty.’

Yes! Solar Solutions has performed jobs in South Carolina, and while no corporate exit from North Carolina is imminent, shifting south if North Carolina loses its RPS ‘wouldn't be difficult,’ he adds.Â

Public support
Supporters of H.B.298 claim that North Carolina's REPS places an undue cost burden on ratepayers – a refrain heard across the U.S. in recent months as various RPS mandates have come under attack.

Hager, a former executive at Duke Energy, told committee members during recent legislative discussions that the solar sector and other renewable energy industries should be able to stand on their own at this point, Miller says.

‘[T]he subsidies cost the state revenue,’ Hager wrote on his official Facebook page. ‘Presently, the mandate will cost the state counties and cities over $50 million before 2021. In addition, the renewable energy tax credit cost the state over $60 million per year – there's some more subsidies for you.’

Renewable energy advocates dispute such claims, citing studies showing that clean energy development provides millions in economic benefits for the state and serves as a net revenue generator. In North Carolina, the REPS and other pro-renewables policies will deliver more than $173 million in cost savings between 2007 and 2026, according to one such study.

‘No good ever comes when you pass laws based on a mistaken premise, and the assumption underlying this bill that the REPS law raises electricity rates and costs jobs could not be further from the truth,’ said Ivan Urlaub, executive director of the North Carolina Sustainable Energy Association, in a statement.

Fortunately for North Carolina's solar sector, the state's residents appear to continue favoring renewable energy and the REPS. Although the attention surrounding H.B.298 could sway public opinion, a poll from earlier this year showed that a solid 82.6% of residents said policymakers should ramp up renewable energy procurement in the state. Nearly 70% of survey respondents specifically supported the REPS.

For H.B.298, the next stop is a series of additional subcommitee meetings, followed by potential votes in the House and Senate. The complete text of the bill is available here.