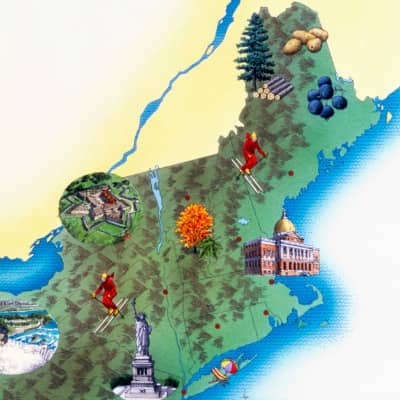 State-based solar energy organizations and the Pace Energy and Climate Center (PECC) have formed the Northeast Solar Energy Market Coalition (NESEMC) in an effort to improve market conditions in the region.

The group claims to represent more than 500 solar product makers, suppliers, installers and other solar-related businesses in the region. Their common goal is to synchronize state-level solar permitting, inspections, net metering, interconnection, value of solar and other solar policies that are important to consumers and the industry alike.

The PECC, part of the Pace University School of Law in White Plains, N.Y., has received a $600,000 cooperative award from the U.S. Department of Energy's SunShot Initiative to support its NESEMC work. The PECC and NESEMC solar business groups will also team up with solar policy experts at the State University of New York-Albany's Atmospheric Science Research Center.

‘When solar was still a fledgling industry and limited to only a few states around the country, it was entirely appropriate for states to develop their own solar policies,’ says Michael Trahan, executive director of SolarConnecticut and project co-leader of the NESEMC. ‘But now that every state in the Northeast is pursuing solar, it is time to consider the benefits of a coordinated, regional policy effort.’

Karl R. Rabago, executive director at the PECC and co-lead on the NESEMC project, says that the group will identify and address those factors that are amenable to policy and regulatory change and that will improve the market environment.

‘We will focus on addressing the problems resulting from widely divergent policy and lack of effective cooperation between solar market stakeholders,’ Rabago says. ‘NESEMC will educate and inform policy and market leaders throughout the region about ways to grow an integrated, vibrant and self-sustaining solar market. We will work with policymakers, utilities, government officials and other regionally focused organizations.’