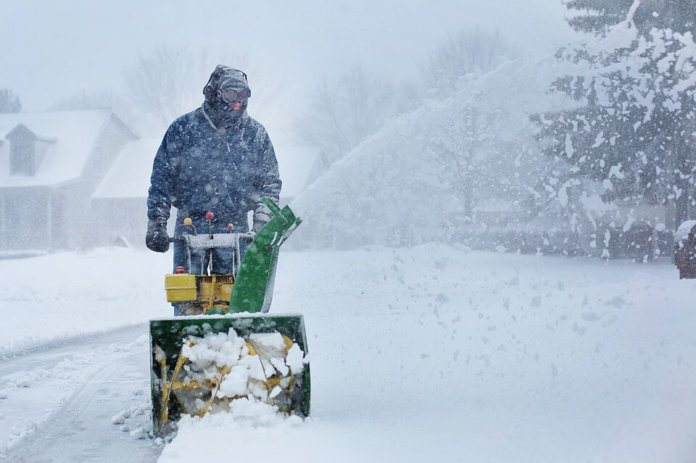 Much of the country is in the grip of frigid weather, which is increasing demand for electricity (but still less than during hot summer months). Predictably, coal interests contend that because coal plants are running more to help meet higher demand, it proves America needs the ill-conceived Trump-Perry bailout plan to save them from their economic woes. But the reality is the opposite.

While the current “polar vortex 2.0” is the precise situation for which the coal industry said the power system would come crashing down, the grid has been performing well, with plenty of reserves even as the mercury dips to record levels. If a power outage occurs, it likely will be because of downed power lines from high winds and heavy snow, not because of generation shortages. Proving this point, this week’s storm knocked out a power lineconnecting the Pilgrim nuclear power plant in Massachusetts to the grid, and the plant had to shut down.

In contrast, the Trump-Perry proposed bailout to prop up power plants with a 90-day fuel supply onsite (aka nuclear and coal) would undermine the electricity markets that ensure reliability, hurt consumers, and cause more pollution. (The Federal Energy Regulatory Commission is expected within the next week to issue a decision on Secretary of Energy Rick Perry’s bailout proposal.)

Here are some facts surrounding the current cold weather and grid operations:

Expensive interventions like the proposed Trump-Perry bailout would disrupt these benefits by spoiling the investment climate and risking future power market failures. Coal being kept online artificially would jeopardize the gains in electric service reliability made since the polar vortex and discourage investments in alternatives (like wind and solar power) that can better meet our needs, both in terms of reliability and the environment.

Coal still on the decline
The fact that coal plants are running more this winter season can’t mask coal’s long-term decline. Coal-fired power more often is out of the money because it’s more expensive for utilities (and their customers) than gas-fired and other generation. This is a simple market fundamental. Utilities know it, the industry knows it, and it’s why Murray Coal and other coal interests continue to demand that we bail out their expensive and dirty power.

Coal use for electricity continues to decline (coal in blue)

How the grid maintains reliability
The 2014 polar vortex incapacitated many coal and gas-fired power plants in the mid-Atlantic and Northeast. Igniters failed, coal piles and boiler tubes froze, and many plants had a harder time running in the extreme cold weather. Meanwhile, wind power and demand response helped carry the grid through the crisis.

Grid operators vowed not to let another polar vortex weaken the grid. Among other things, they now require operators to better winterize their power plants (through measures as simple as more insulation around vulnerable equipment), and to add dual fuel capability to more gas-fired units. The New England grid operator runs a “winter reliability program” to boost fuel reserves and demand response availability when the grid is under weather stresses. And even if plant outages were to spike to higher than normal levels, there are enough reserves to keep the lights and heat on.

Demand for more power in the winter coincides with more demand for gas to heat homes and businesses. That can constrain supplies, which means that some Northeast power plants are now running on oil. From an environmental standpoint, that’s not good in the long run, but the answer isn’t to bring back coal from the dead. Instead, more investments in energy efficiency, smarter use of existing gas pipelines (here’s a recent study on how withholding of gas pipeline capacity may be artificially limiting supply in New England and driving up prices), and increased energy storage and renewable energy are better tools to meet our energy needs and lower peak power demand.

America’s interconnected electricity grid also helps ensure reliability. Grid regions are not islands; the price of electricity causes power to move among regions according to its availability and demand, helping to support the uninterrupted availability of electricity. For example, during the last couple of days, over 2,000 MW of power have flowed from the Midwest grid (MISO) to the PJM grid in the middle of the day.

Power flow between MISO and PJM

Finally, most grid operators plan to have at least 15% more power available than the predicted peak demand. This includes reserve power from plants expressly designed to meet unexpected demand or when other power plants trip offline. Grid operators also are prepared if some power plants freeze up (even with their additional cold weather protections) and build these possibilities into their projections and planning. In reality, in some regions like PJM, which covers most of the Mid-Atlantic and parts of the Midwest, the grid operator has approximately twice that level of reserves. Confirming this point, PJM announced on Jan. 4 that its reserves are sufficient to ride through the storm, and that “there have been no concerns with fuel availability. No reliability issues are expected through the weekend.”

Clean energy helps
Energy efficiency, wind and solar power, demand response, and energy storage also are critical elements of a reliable power grid. Smarter energy use is a growing and recognized way to meet electricity needs in most regions of the country, and it is entirely fuel-free and dependable. Some measures, like weatherizing homes, provide the greatest benefits during cold snaps, predictably lowering natural gas use.

With demand response, customers get paid to reduce power consumption (even as overall power prices fall), and the grid benefits from lower demand. It works during both cold and warm periods.

Wind and solar power also are playing a growing role. Given our decades of experience and accurate weather forecasts, every grid region knows approximately how much wind and solar can be counted on each month of the year. During cold weather, wind often generates more power than normal because strong winds are associated with these extreme weather events, which relieves some pressure on electricity prices. This week, the nation’s first offshore wind project, Block Island Wind, is operating nearly around the clock in the strong winds accompanying the freezing weather.

Americans deserve a 21st century system that runs better than our system of the past. That future is a responsive grid with smart customers and new energy storage technologies responding to peak demand during weather events like the one we are experiencing. Sending billions in subsidies to keep slow-responding, older, and dirtier plants online at the expense of newer investments simply won’t cut it. Nothing about the current cold weather conditions supports the notion that we need coal plants for reliability.

John Moore is director of the Sustainable FERC Project housed within the Natural Resources Defense Council (NRDC). This article, originally posted as a blog on the NRDC’s website, was republished with permission from the organization and does not necessarily reflect the views of Solar Industry or its team. The NRDC notes its blog provides general information, not legal advice.