The authors of a new market report, Sharing the Sun: Community Solar Deployment, Subscription Savings, and Energy Burden Reduction, say a handful of states are leading the charge when it comes to the tremendous growth seen in community solar projects over the past decade.

Co-authored by researchers from the National Renewable Energy Laboratory (NREL) and the University of Minnesota, the new report shows the tremendous growth of community solar over the past decade, which now consists of about 1,600 projects in the United States exceeding 3.2 GW in capacity.

According to the report, cumulative community solar capacity has grown by about 121% year over year since 2010, more than doubling in capacity on average.

Community solar allows customers within a geographic area to benefit from solar energy, even if they are unable to install solar in their individual residences or businesses. Most often, community solar customers subscribe to an off-site array and then receive credits on their electric utility bill for a portion of the energy generated.

Community solar can be a great option for people who are unable to install solar panels on their roofs because they do not own their homes; have insufficient solar resources or roof conditions to support a rooftop PV system due to shading, roof size, or other factors; or face financial/other reasons.

The U.S. Department of Energy (DOE) recently announced a goal to expand community solar to power the equivalent of 5 million households by 2025 and create $1 billion in energy bill savings through the National Community Solar Partnership (NCSP). The NCSP is a coalition of community solar stakeholders working to expand access to affordable community solar to every American household. A key aspect of meeting the $1 billion DOE target will be to ensure that those savings reach those who need them most.

The Sharing the Sun market report was funded by the NCSP, a DOE initiative led by the Solar Energy Technologies Office, in collaboration with NREL and the Lawrence Berkeley National Laboratory. 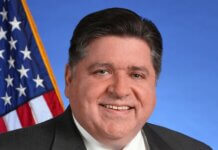