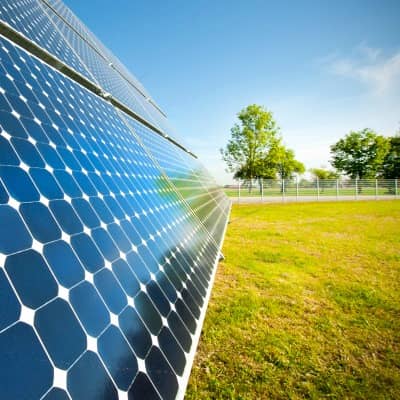 A new report published by the U.S. Department of Energy's National Renewable Energy Laboratory (NREL) on the land use requirements of solar power plants suggests planners and developers tend to underestimate the acreage required for their projects. The study's authors say they gathered data from 72% of the solar power plants installed or under construction in the U.S. and analyzed installations both in terms of their capacities and annual generation.

According to lead author Sean Ong, one of the interesting aspects of the study is the role of panel spacing on the amount of area a PV plant takes up.

‘I was surprised to see that the efficiency of the modules used for PV plants did not necessarily lead to better performance per acre,’ Ong tells Solar Industry. ‘The spacing of the solar panels had a much bigger impact.’

Ong says the solar plants that were the most productive per acre were those with serious siting constraints, such as plants built on landfills and brownfields in developed areas. The siting constraints force developers to pack more solar panels into a given area, Ong concludes. This should serve as welcome news to developers considering such sites for their projects.

Mitigation is another siting issue the report has bearing on, Ong says. For many projects, especially those in environmentally sensitive areas, developers have to purchase an amount of land to set aside for preservation. He says the report could be a useful tool for developers and authorities to use to more accurately evaluate how much land would be needed to fulfill generation requirements for power purchase agreements and environmental mitigation requirements.

Along with Ong, the report, ‘Land-use Requirements for Solar Power Plants in the United States,’ was written with NREL colleagues Clinton Campbell, Robert Margolis, Paul Denholm and Garvin Heath.