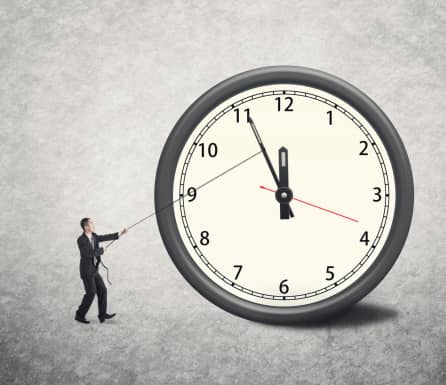 As solar companies and advocates keep fighting against recent changes to net-metering rules in Nevada, utility NV Energy is now proposing to allow existing net-metering customers to receive reimbursement rates set under the previous rules for up to 20 years.

On Dec. 22, the Public Utilities Commission of Nevada (PUCN) decided to reduce net-metering buyback rates and add higher fees for solar customers in the state. At the time, SolarCity CEO Lyndon Rive warned the decision would “retroactively sabotage the investments Nevadans have already made in solar, even though they were encouraged by their government to make those investments.”

Since then, SolarCity and several other solar companies have blamed the PUCN ruling for the need to cut hundreds of jobs and cease operations in Nevada. Furthermore, a coalition of solar advocates has called on Gov. Brian Sandoval, R-Nev., to remove all three commissioners from the PUCN.

The governor and the PUCN aren’t the only ones under fire: NV Energy, itself, was hit by a class-action lawsuit from two Las Vegas rooftop solar customers earlier this month. The suit alleges that the utility “conspired to unlawfully reduce the incentives provided via the Solar Program, increasing base rates or service charges only for solar customers in order to reduce competition and increase their own revenues.”

The grandfathering proposal was not in NV Energy’s original July 31 filing, and the utility says it will submit the new plan to the PUCN on Feb. 1. NV Energy says the proposal will suggest that customers who applied for net metering before the PUCN’s ruling also receive the previous rates for as long as 20 years.

“This grandfathering proposal is being offered in recognition of NV Energy’s desire to treat all customers, including those who had previously made a decision to install rooftop solar, fairly,” states Paul Caudill, NV Energy president and CEO, in a press release.

Although the PUCN was already expected to consider the grandfathering issue on Jan. 25, a News 3 Las Vegas report says the commission has delayed making a final decision until at least Feb 8.

“We recognize the difficult job that the PUCN, PUCN staff, policymakers, and for that matter, all parties in this proceeding have had in trying to reach decisions on this complex issue,” says Caudill. “We also understand the history of net metering in Nevada and that a fair, stable and predictable cost environment is important to all of our customers. Our proposal seeks a balance for those who selected solar prior to the implementation of the new rules ordered by the PUCN and those without solar.”

“Going back to the 2015 legislative session, key stakeholders and industry participants agreed that rules for net metering needed to change,” adds Shawn Elicegui, NV Energy senior vice president of regulatory and strategic planning. “The [December] commission order was the result of a fully litigated, public proceeding made on the basis of a sound evidentiary record. The record includes two hearings, the testimony of 28 witnesses, more than 100 exhibits, and hours of transcribed testimony. NV Energy’s rate proposal was not accepted by the PUCN, but recognizing the open public regulatory process, we will fully comply with the balance of the order.

“We feel strongly, however, that the grandfathering proposal we plan to make fairly balances the interests of all of NV Energy’s customers and stakeholders,” says Elicegui.

The Alliance for Solar Choice (TASC), a coalition of rooftop solar installers, has issued a statement on NV Energy’s 20-year grandfathering proposal.

“The people of Nevada, the solar industry and NV Energy all agree: existing solar customers should be grandfathered under net metering for 20 years,” says Bryan Miller, president of TASC. “The record is clear. Governor Sandoval’s appointed commissioners should follow the lead of every party to this case, and the people of Nevada, to correct their misguided decision.”

“This referendum is about jobs, consumer choice and Nevada’s future. This alliance represents the people of Nevada, who overwhelmingly support bringing our rooftop solar back to the state,” says former Nevada Gov. Bob List, a supporter of the referendum. “The Public Utilities Commission’s rules have been taxing on the rooftop solar industry and have already cost the state nearly 1,000 jobs in less than a month, with more job losses likely on the way. The rules fail the public the commission purports to represent and are simply not reasonable, balanced policy.”

The referendum was filed with the Nevada secretary of state and seeks to do away with the new net-metering rules and return the state to those previously in effect.