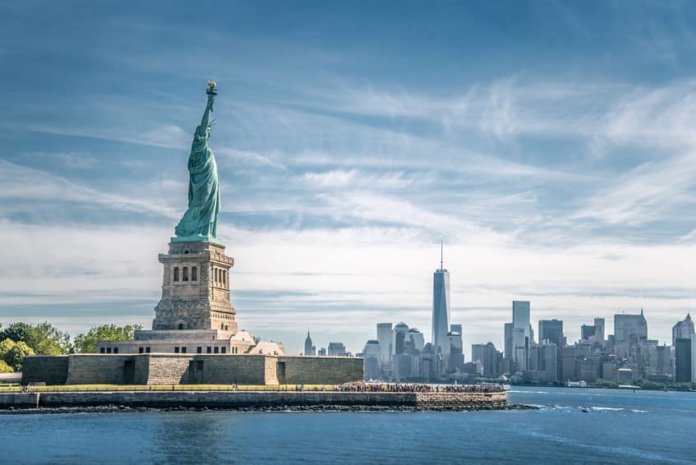 According to the mayor’s office, solar capacity in New York City has nearly quadrupled since 2013 to 96 MW today. The mayor notes that the city will issue permits for more than 3,000 solar panel installations this year alone, bringing the citywide total to more than 8,000 installations in 2016. This solar growth puts the city on track to meet its OneNYC goals of installing 100 MW of solar power on public buildings and spurring the installation of 250 MW on private buildings by 2025.

Inspired by “this rapid progress,” de Blasio has announced an expansion of the 2025 goal to 1 GW of citywide solar capacity by 2030. Through an emphasis on community energy solutions, the city will work to identify areas for community shared solar installations that enable renters and those without suitable rooftops to become solar adopters, as well.

Daniel Zarrilli, New York City’s senior director for climate policy and programs and chief resilience officer, said, “Two years ago, New York City became the largest city on the planet to commit to meeting an 80 percent reduction in greenhouse-gas emissions by 2050. And every day, we are pushing forward with the policies and investments that will be necessary to meet this aggressive and necessary goal. One key approach has been setting aggressive targets, as we did with solar power, and working across agencies to meet those targets.”

In concert with the new solar goal and to ensure this renewable energy is available consistently, the mayor has also committed the city to an energy storage deployment target of 100 MWh by 2020. According to the mayor, this target will help reduce reliance on the grid by making variable sources of energy production, such as solar panels, usable for more of the day. Energy storage also helps increase the city’s resiliency by providing backup energy when the grid is offline.

“New York City’s new solar and energy storage goals will bring even more clean energy jobs, cleaner air, and electric system benefits to the Big Apple and will help us get the most out of our solar resources,” commented Donna De Costanzo, director of Northeast energy and sustainable communities at the Natural Resources Defense Council.

According to the mayor’s office, private solar installations are rapidly expanding in all five boroughs of the city, with installed capacity of 69 MW, up from 24 MW at the end of 2013. Staten Island continues to lead the private solar market with 30 MW installed.

The city government, itself, is also leading by example, with more than double the solar installed in public buildings compared to last year. Nearly 9 MW of solar is now installed on public buildings, including City Hall, schools, and major facilities like the Port Richmond Wastewater Treatment Plant.

In addition to about 7 MW of solar installed to date on 35 public schools, 66 schools have solar projects underway. These 101 systems will ultimately produce about 20 MW.