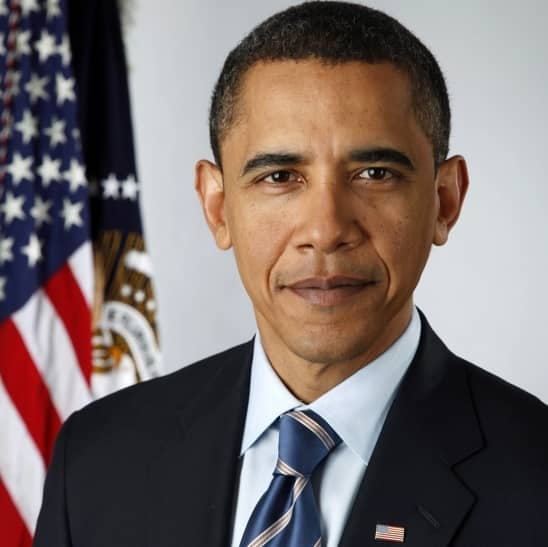 During a speech Wednesday morning at Georgetown University, President Obama discussed how to create a more secure energy future for the U.S. He cited the crisis in the Middle East and the nuclear scare in Japan as examples of why finding alternative energy sources is of the utmost importance.

‘We've known about the dangers of our oil dependence for decades,’ he said. ‘Presidents and politicians of every stripe have promised energy independence, but that promise has so far gone unmet. I've pledged to reduce America's dependence on oil, too, and I'm proud of the historic progress we've made over the last two years towards that goal. But we've also run into the same political gridlock and inertia that's held us back for decades.’

Although the speech touched on a variety of energy resources that could wean the country off its dependence on foreign oil, it was short on specifics, especially regarding solar and wind development.

The president did not mention clean energy until the latter part of the speech, where he reiterated the call he made in his January State of the Union address for an 80% by 2035 clean energy standard (CES).

Obama said a CES will be critical to driving private investment but added that government funding is also necessary. While the U.S. was once the leader in renewable energy, it has fallen behind other countries.

‘In the 1980s, America was home to more than 80 percent of the world's wind capacity and 90 percent of its solar capacity,’ he said. ‘We owned the clean energy economy. But today, China has the most wind capacity. Germany has the most solar. Both invest more than we do in clean energy. Other countries are exporting technology we pioneered and chasing the jobs that come with it because they know that the countries that lead the 21st century clean energy economy will be the countries that lead the 21st century global economy.’

The president cited critical investments his administration has made in renewable energy over the past two years but offered no details about CES legislation. He did, however, warn Congress about cutting renewable energy spending.

‘Unfortunately, some want to cut these critical investments in clean energy,’ he said. ‘They want to cut our research and development into new technologies. They're even shortchanging the resources necessary to promptly issue new permits for offshore drilling. These cuts would eliminate thousands of private-sector jobs, terminate scientists and engineers, and end fellowships for researchers, graduate students and other talent we desperately need for the 21st century.’

The president extensively discussed the country's reliance on foreign oil and called for a one-third reduction in oil imports by 2025.

‘Meeting this new goal of cutting our oil dependence depends largely on two things: finding and producing more oil at home, and reducing our dependence on oil with cleaner alternative fuels and greater efficiency,’ Obama said.

According to Obama, identifying underdeveloped resources of oil domestically and offering incentives for the expedited development and production of both oil and gas will help reduce reliance on foreign sources of oil. He added that implementing safety reforms will be an important step in continuing development of offshore oil and gas resources.

The president also announced plans for four next-generation biorefineries, each with a capacity of more than 20 million gallons per year. In addition, the president directed government agencies to purchase 100% alternative-fuel, hybrid or electric vehicles by 2015.