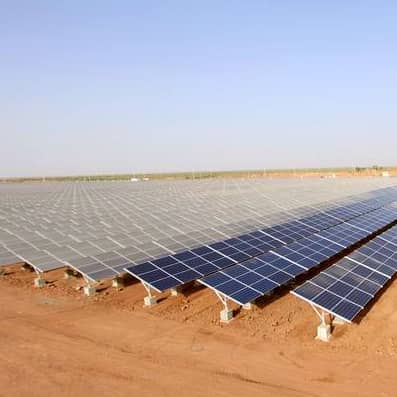 Project highlights in just the past month include the completion of the 214 MW Gujarat solar park, which is reportedly the largest PV project in Asia, and a 40 MW plant developed by Reliance Power in Rajasthan. On the concentrating solar power (CSP) side, AREVA Solar recently announced plans to build a 250 MW CSP project – the largest of its kind in Asia – in India.

‘This price was impressively lower than many markets had predicted, suggesting that solar energy could attain grid parity with traditional energy sources sooner than initially anticipated,’ write the Council on Energy, Environment and Water and the Natural Resources Defense Council (NRDC) in a new report.

The report – titled ‘Laying the Foundation for a Bright Future: Assessing Progress Under Phase 1 of India's National Solar Mission’ – hails India's successes with its NSM and outlines potential strategies for overcoming the problems that could hinder future progress.

‘The National Solar Mission is off to a good start,’ Anjali Jaiswal, director of the NRDC's India initiative, tells Solar Industry. Cumulative installed capacity totaled 506.9 MW at the end of March.

Jaiswal says a ‘diverse’ group of domestic and international developers – including U.S.-based companies – became involved in that initial push.

The NSM also offers unique opportunities on the manufacturing side. In fact, for U.S.-based thin-film module manufacturers, gaining a market foothold may be easier in India than anywhere else.

A full half of the PV projects in the NSM's first batch use thin-film PV, which has just a 14% market share globally, Jaiswal says. Although domestic-content requirements require crystalline modules used in NSM projects to be manufactured in India, thin film is currently exempt.

‘The domestic-content requirement – as currently structured – has contributed to a growing of the thin-film market, combined with low-cost imports and low-cost international financing,’ she explains.

In addition to thin-film heavy hitter First Solar, San Jose, Calif.-based copper indium gallium selenide manufacturer MiaSole is among the U.S.-based companies that have already recognized this market opening. The company has 8 MW of solar projects completed or under construction in India, according to an April news release. Earlier this month, MiaSole announced it had appointed a new executive, Preetha Nair, its country manager for India.

However, this foreign thin-film dominance is not without consequence for India's own PV manufacturing sector. The so-called thin-film bias – combined with the influx of inexpensive crystalline PV modules from China – has led to overproduction among India's own crystalline PV producers, according to the NRDC report.

‘Our discussions with manufacturers reveal that silicon-based manufacturers have failed to benefit from the [domestic-content requirements], despite robust and growing market demand for PV components,’ the report states.

Regardless of a project's module technology, larger problems loom as the NSM advances to its next phases.

‘'Bid euphoria' … is wearing off, and serious doubts remain as to whether the mission's Phase 1 projects will meet commissioning deadlines,’ the report warns. Delays have plagued projects that were favorably received during their bidding phase, leading to calls for greater scrutiny early in the process.

‘For the [NSM] to remain credible, financial due diligence and continuous monitoring are needed to ensure that commissioned projects are operational at contracted capacity and generating solar power that is transmitted to the grid,’ the report says.

New projects in later phases of the NSM also may struggle with project financing. Domestic banks traditionally have been wary of solar investment, and those that threw their support behind Phase 1 projects that may be experiencing problems now will likely increase the rigor of their project-selection requirements.

India's central and local governments can take steps to bolster confidence in the solar market and raise its credibility, Jaiswal says. For instance, diligently enforcing mechanisms such as renewable purchase obligations and renewable energy certificates would give a big boost to the NSM's next phase.

‘India is learning as it goes,’ she says. ‘Getting a solar market off the ground is no easy task anywhere, but India is proving to be a promising opportunity.’