Home Solar News Opinion: Getting Solar Customer Data From Utilities Should Not Be Hide &... 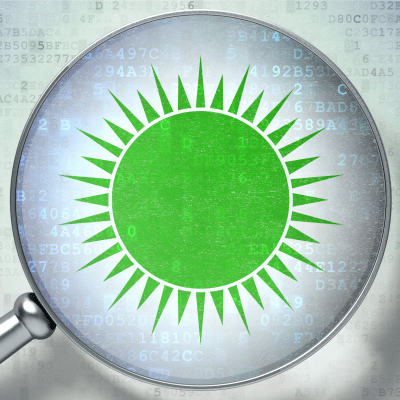 Under the California Solar Initiative (CSI), information about all of the systems that took advantage of the CSI incentives was collected and published on the California Solar Statistics website. One would think that such transparency that allows an agency and other interested parties to track the success of a program funded with public money would be a no-brainer. Apparently, it isn't.

The California Public Utilities Commission (CPUC) will soon be issuing a final ruling on minimum reporting requirements that, with the phaseout of the CSI, would now fall to the utilities (see ‘Too Much Information? California Wrestles With Solar Data Collection Responsibilities’ here.) Unsurprisingly, certain large developers as well as the utilities oppose these eminently reasonable reporting requirements, citing such specious arguments as the cost of providing this data – $7 to $22 on systems costing tens or hundreds of thousands of dollars.

For years, California and the CSI got this right. As noted in Solar Industry, ‘The information is supposed to let manufacturers, contractors and investors know which equipment is being installed and where, provide academics and journalists with industry information, and help utilities understand more about their distributed generation fleet.’

This debate brings to mind a similar one that existed in a certain midwestern state a few years ago concerning the collection of information on that state's solar incentive program.

At that time, a state PUC staffer was assigned to assess a utility application to implement a forward-looking tariff that would fund the nascent solar incentive program under its then new renewable energy standard. That new tariff would eventually come to collect over $50 million a year in customer money from that one utility and a lesser amount from a second, smaller utility – the fact that the utilities would be allowed to be the administrators of those accounts raises other issues, but that is a different discussion.

At the time, the requested tariff of 1% of customer billings was to raise approximately $20 million per year. The PUC staffer was charged with recommending to the commission whether the tariff should be allowed to go into effect unopposed or should be suspended and set for hearing.

Ever the dutiful public servant, and having not inconsiderable experience in major industrial project management in the private sector, this staff member requested from the utility a pro forma budget indicating how the funds were to be spent. He was told there was none. The rest of the conversation was brief:

PUC staffer: Then, why are you asking for $20 million?
Utility: Because we can.

The tariff was suspended and set for a hearing.

Through subsequent negotiations, the initial tariff would be set at 0.6% of customer bills on the condition that the utility provide the PUC with a monthly report from its database that included much the same data that CSI has been collecting. That, too, took a strange twist. That conversation went something like this:

And so for the next six months, the utility dutifully submitted seven copies – as required by PUC rules for all paper submittals – of all of the solar rebate applications that an intern, working for the staffer, gleefully compiled into a Microsoft Excel database. That is, until the utility representative's successor came back to the PUC staffer and said:

Utility: Look, we're really tired of copying all of these applications and hauling them over every month. How about we just send you a copy of the database on CD each month?
PUC staffer: You mean the database that you don't have?
Utility: Yeah, that one.

And so, the PUC staffer ultimately used this data to compile a report to the public on the success of the solar rebate program, where the incentive payments were going county by county, how system costs were falling, the level of economic activity generated by the program, and many other statistics that the public and policymakers would – or should – want to know about how hundreds of millions of dollars in support for the renewable program was being spent.

The first publicly issued report of this data showing four years' worth of data on solar installations in the state was welcomed by many and was especially of interest to the installer community. Curiously, the report was not welcomed by certain PUC bureaucrats and the utilities who sought to quash the report because they felt that it reflected negatively on their administration of the solar program. It didn't, but the report did contain some policy recommendations to manage the program more effectively in the public interest. The agency even went so far as to deny an open records act request by the industry trade association seeking a copy of the report.

Ultimately, the report became the focus of a whistleblower complaint and was released by a state personnel department administrative law judge, who soundly rejected agency and utility arguments for a protective order that would bar disclosure of the information contained in the report. Sadly, by the time all of this had occurred, much of the information contained in the report had become stale. Today, the arguments in many states are no longer over solar subsidies per se, but whether net metering and distributed generation itself provides a subsidy that is a disadvantage to a utility and the general body of ratepayers.

Today, the docket into which the utilities enter solar data is still open, and utilities still contribute monthly reports of their collections and expenditures of ratepayer funds. However, neither the utilities nor the agency appear interested in a comprehensive analysis of the systems installed using those funds and the policy implications thereof.

The moral of this story for California is that you've been doing the right thing in the collection and publication of this system-level data all along and should continue to do so to foster transparency in the administration of programs in the public interest.

The author is a former PUC staff member.