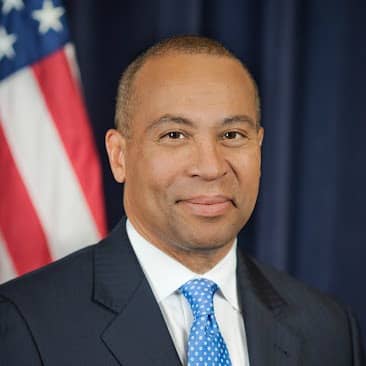 Gov. Deval Patrick, D-Mass., has announced that Massachusetts has reached his administration's target of installing 250 MW of solar energy by 2017. In addition, the governor has revealed a new goal of 1.6 GW by 2020.

‘When we set ambitious goals and invest in achieving them, Massachusetts wins,’ said Patrick. ‘The many businesses and homeowners who have taken advantage of cost-effective renewable energy installations are helping to create both a safer and a more prosperous commonwealth for the next generation.’

According to the governor's office, the amount of solar energy installed in Massachusetts has increased 80 times from the 3 MW installed in 2007, thanks to strong incentives for renewable energy production.

Massachusetts' renewable portfolio standard (RPS) solar carve-out has a current cap of 400 MW, and state energy officials are expected to fast-track revisions to expand the program as that target approaches.

Residential solar electricity prices dropped 28% in Massachusetts in 2012, according to a report issued by the Solar Energy Industries Association (SEIA) in March. This was the second biggest drop in the nation last year.

"The Solar Energy Industries Association applauds the commonwealth's phenomenal success in attracting investment, innovative companies and jobs while driving down costs," said SEIA Senior Vice President of State Affairs Carrie Cullen Hitt." Massachusetts ranks number seven in the nation for solar installations (2012) and number two for driving down costs, which dropped over 28 percent in 2012. We look forward to expanding this success with Governor Patrick and his team."