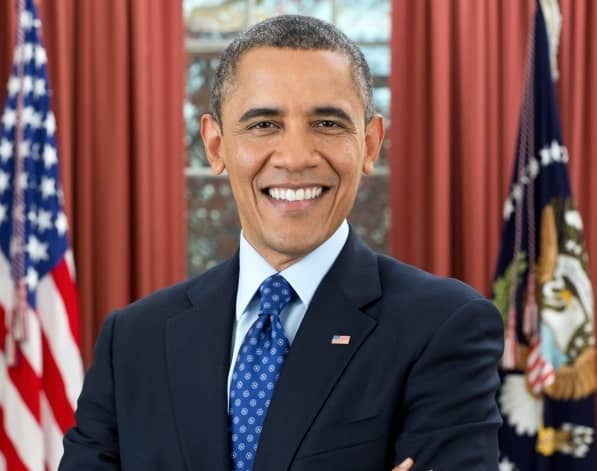 President Barack Obama, during his eighth and final State of the Union address – fresh on the conclusion of a year of global climate change agreements, Clean Power Plan action and opposition, and the wind and solar tax credit extensions – told the Washington, D.C., leaders and the Americans watching at home that they would be ‘pretty lonely’ if they still wanted to deny the effects of climate change.

‘Look, if anybody still wants to dispute the science around climate change, have at it,’ the president said as he began the speech's segment on clean energy. ‘You'll be pretty lonely, because you'll be debating our military, most of America's business leaders, the majority of the American people, almost the entire scientific community, and 200 nations around the world who agree it's a problem and intend to solve it.’

At the recent 2015 United Nations Climate Change Conference (COP21), held Nov. 30-Dec. 11 in Paris, 187 countries agreed on what the White House called"the most ambitious climate change agreement in history." Included in the provisions of the agreement is a mutual goal of keeping a global warming increase"well below," 2 degrees C, as well as keeping track of countries' progress through what the Obama administration called a"rigorous, standardized process of review."

As the camera intermittently panned to Secretary of Energy Ernest Moniz and Secretary of the Interior Sally Jewell, the president mentioned wind and solar energy, in particular, as opportunities for"American businesses to produce and sell the energy of the future."

"Seven years ago, we made the single biggest investment in clean energy in our history," Obama said." Here are the results. In fields from Iowa to Texas, wind power is now cheaper than dirtier, conventional power. On rooftops from Arizona to New York, solar is saving Americans tens of millions of dollars a year on their energy bills and employs more Americans than coal," – in jobs that pay better than average.

"We're taking steps to give homeowners the freedom to generate and store their own energy," – something environmentalists and Tea Partiers have teamed up to support. Meanwhile, we've cut our imports of foreign oil by nearly sixty percent and cut carbon pollution more than any other country on Earth," continued Obama.

Three years ago, the president made a promise in his State of the Union address:"If Congress won't act soon to protect future generations, I will. I will direct my cabinet to come up with executive actions we can take, now and in the future, to reduce pollution, prepare our communities for the consequences of climate change and speed the transition to more sustainable sources of energy."

Specifically, the U.S. Environmental Protection Agency's (EPA) final Clean Power Plan, first proposed in 2014, was issued last August. The EPA plan calls for lowering carbon emissions 32% below 2005 levels by 2030 by phasing out or improving the efficiency of coal- and oil-fired power plants while increasing the development of renewable energy. The federal plan has long been met with supporters such as the Solar Energy Industries Association (SEIA) and American Wind Energy Association (AWEA), but a number of lawsuits have also been filed against the initiative, including one from a coalition of 24 states in October.

Last month, Obama signed into law an omnibus spending bill that will extend both the production tax credit (PTC) and investment tax credit for wind and solar, respectively. According to AWEA, since 2008, the PTC has helped more than quadruple U.S. wind power development: from 16.7 GW to 70 GW of installed capacity as of November 2015.

In the lead-up to last night's speech, AWEA highlighted recent progress of the wind sector, including"adding more capacity than any other energy source," in 2015. CEO Tom Kiernan remarks in a statement that the wind industry's growth"is something that should make all Americans proud."

In response to the State of the Union, Rhone Resch, president and CEO of SEIA, notes that solar generation has increased thirty-fold and the cost of solar has gone down by 70% since Obama came into power in 2009.

‘As an industry, we look forward to carrying out President Obama's vision for solar development during his final year in office and well beyond," Resch says in a release.

Michael Brune, executive director of the Sierra Club, which over the years has launched efforts in support of the PTC extension, says in a statement," This is a time to celebrate President Obama's climate legacy and a time to organize to ensure this legacy is as strong as possible."

However, he notes a challenge lying ahead:"It will be critically important to ensure the influence of corporate polluters on our government is minimized by rejecting misguided trade pacts at the same time as we take steps to get corrosive fossil fuel money out of politics for good."

To sum up the speech's segment on combating climate change, the president offered the following:

"None of this will happen overnight, and yes, there are plenty of entrenched interests who want to protect the status quo. But the jobs we'll create, the money we'll save, and the planet we'll preserve," -"that's the kind of future our kids and grandkids deserve."