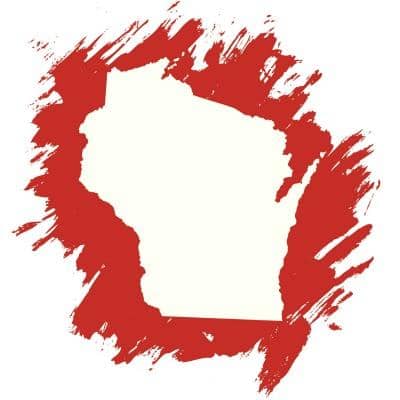 The Public Service Commission (PSC) of Wisconsin has orally approved plans by We Energies and Wisconsin Public Service – two of the state's largest utilities – to impose increases on fixed customer charges as well as radically alter energy programs, such as net metering.

Next week, the PSC is scheduled to rule on an additional rate case from Madison Gas & Electric.

Under the utility proposals, customers will see increases in fixed monthly customer charges and decreases to per kilowatt-hour variable energy charges. In short, low-usage customers will receive higher bills and large users will see reductions in their bills. The rate design changes also reduce customer incentives to save energy and invest in self-generation, such as net metering.

‘Objectives, like good public policy and clean air, were completely ignored by the PSC,’ says Michael Vickerman, program and policy director at advocacy group ReNew Wisconsin. ‘The effect on new residential solar will be nothing short of devastating.’

Particularly galling are the net-metering changes being imposed by We Energies, which serves about 40% of Wisconsin customers. The utility is changing the terms of service on its net-metering program to one that penalizes net generation – output above consumption – meaning the utility will pay customers less money for the solar output they send back to the grid.

‘Basically, anytime the output exceeds consumption in a billing period each month, the effective rate will now be $.042/kWh, as opposed to nearly $.14/kWh,’ Vickerman says. ‘Suddenly, net metering becomes a more expensive proposition for the customer.’

On top of increases to fixed charges, new net-metering customers will also be subject to a $3.80/kW per month capacity demand charge.

According to Vickerman, the charge stems from an assertion by We Energies that solar customers require additional grid services to generate power back to the grid. ‘The utility assumes these customers are underpaying for their use of the grid,’ he says.

We Energies spokesperson Brian Manthey says that the PSC ‘took the necessary steps to send the appropriate electric price signals to all our customers.’

Further, Manthey explains, the increases only apply to new net-metering customers. The 500 to 600 customers currently participating in the plan are exempted from the increases for 10 years.

By Vickerman's estimate, the overall impact on solar energy is quite small: For every 5,044 kWh supplied by We Energies into Wisconsin, about 1 kWh comes from solar. Therefore, he says, the PSC's increases are more about control than they are about actual costs.

For industry advocates, such as Chicago-based Environmental Law & Policy Center, the PSC's actions send the wrong signals to the energy marketplace.

‘Energy efficiency and self-generation show a lot of promise in Wisconsin, and these rate design decisions move Wisconsin in the wrong direction,’ says Bradley Klein, senior attorney. ‘The changes were not supported by facts in the record and send the wrong messages and price signals to customers.’

More broadly, Klein notes, the utility proposals and the commission's decisions hurt all Wisconsin electric customers, not just solar customers, ‘because they reduce the customers' control over their bills and make it harder to save money by saving electricity.’

More damning, however, is the message it sends to utilities.

‘By ensuring cost recovery for utility sunk costs through fixed charges, the utility no longer has discipline to try to limit investment in generation, transmission and distribution infrastructure to reasonable and prudent levels,’ Klein says.