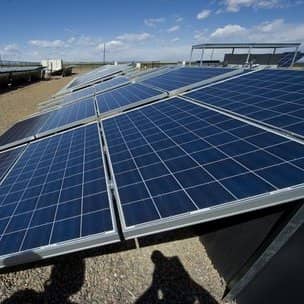 PV equipment spending for single-crystalline silicon (c-Si) ingot-to-module and thin-film panels is projected to fall sharply in 2012 to $7.6 billion – down 47% year-over-year from a record level of $14.2 billion this year, according to Solarbuzz's PV Equipment Quarterly report. This decline in spending will impact PV equipment revenues in the second half of this year, as well as result in lower corporate guidance for 2012, the report says.

The collapse in equipment spending – coming immediately after year-over-year revenue growth rates of 84% in 2010 and 33% this year – is a consequence of ambitious c-Si cell/module and thin-film capacity expansions by tier-two and tier-three PV manufacturers in recent years, Solarbuzz says. A capacity-demand imbalance will prompt significant shakeout in the cell manufacturing space from 2012 through 2014, the research firm predicts.

"Strong double-digit bookings and revenue growth through 2010 created a misleading picture for PV equipment suppliers," says Finlay Colville, a senior analyst at Solarbuzz." This was caused in part by aggressive expansion plans of second-tier c-Si manufacturers and by the quantity of new thin-film fabs that were financed through the recent thin-film investment cycle. An artificial peak in equipment spending was created during 2010 and 2011, providing a short-term pull on equipment that was out of sync with the long-term requirements of the industry."

Solarbuzz predicts equipment suppliers to the c-Si cell/module segment will be the hardest hit, with quarter-over-quarter revenue declines of 21%, 12% and 37% forecast from the fourth quarter of this year through the second quarter of 2012. As the second thin-film investment phase closes in the second half of this year, thin-film spending will follow a similar downward trajectory. Only c-Si equipment suppliers with an established upstream product portfolio and strong market shares – e.g., GT Solar, Meyer Burger, Applied Materials and Jinggong – have been sheltered from the first-quarter drop-off in equipment bookings, Solarbuzz says.

Expansions across all tier categories will provide 51 GW and 66 GW of annualized capacity during 2011 and 2012, accumulated from over 300 manufacturers. However, tier-one cell manufacturers' provision of 24 GW and 34 GW of capacity this year and next will be more than enough to meet global demand over this time period, Solarbuzz says.

"Tool suppliers will increasingly focus on securing preferred-supplier status with tier-one manufacturers," says Colville." Additionally, competition will intensify ahead of the next spending upturn as suppliers from adjacent market segments (e.g., semiconductor and display) exploit the opportunity to enter the PV equipment supply chain.’