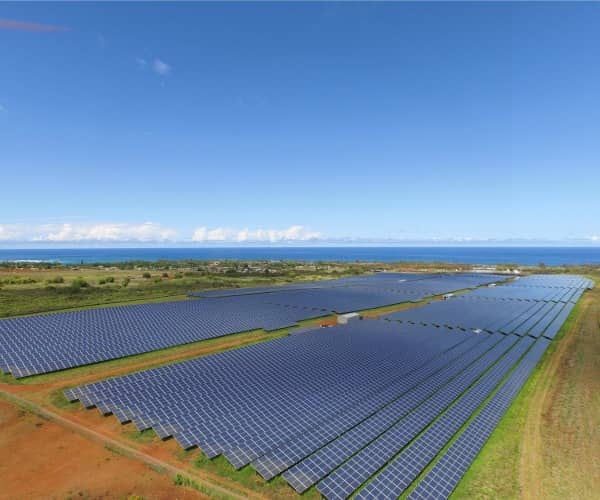 REC Solar has completed the interconnection of a 14.5 MW solar array for the Kauai Island Utility Cooperative (KIUC) in Anahola, Hawaii.

The 60-acre photovoltaic system will generate 20% of the island of Kauai's annual energy needs during the daylight hours. The installation is coupled with a 6 MW lithium-ion battery system designed to smooth the integration of solar power on the grid.

By generating clean energy on the island, KIUC says it will decrease fossil fuel imports from the mainland and save nearly $250,000 a month on operating costs.

‘Hawaii is at the forefront of the electric grid transformation, and solar energy is in the driver's seat," says Al Bucknam, CEO of REC Solar.