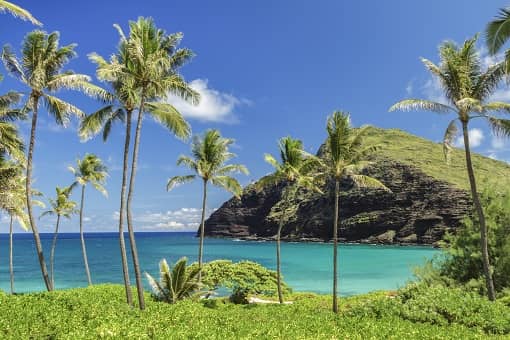 The Power Supply Improvement Plan Update, accepted by the PUC on July 14, describes the work by Hawaiian Electric, whose subsidiaries include Maui Electric and Hawaii Electric Light, to form the foundation to meet or exceed the state’s renewable portfolio standards (RPS).

In its decision, the commission commended the company’s analysis of options to meet Hawaii’s future needs for electricity, the openness of the planning process and the “high-quality stakeholder input,” all of which resulted in plans providing “useful context for making informed decisions regarding the near-term path forward.”

The plan describes several key goals, including acquiring nearly 400 MW of new renewable energy resources by 2021. The plan also includes the continued growth of private rooftop solar and describes the work to expand and upgrade grid infrastructure and to use the newest generations of inverters, control systems and energy storage to help reliably integrate an estimated total of 165,000 private systems by 2030 – more than twice today’s total of 79,000, the company says.

Hawaiian Electric claims it already has the highest percentage of customers using rooftop solar of any utility in the U.S: The national average is 1%, while the percentage in the utility company’s service territories is 17%.

The plan also emphasized work that is in progress or planned over the next five years on each of the five islands served by Hawaiian Electric, Maui Electric and Hawaii Electric Light.

The commission urged the company to move quickly on a “transparent, timely and successful procurement process” to work with project developers and capture federal investment tax credits before they expire, says Hawaiian Electric.

“We appreciate the commission’s acceptance of our plan and its guidance for moving forward,” says Alan Oshima, Hawaiian Electric’s president and CEO. “As the commission noted, thoughtful input from the participants was a key to developing a successful plan, and we will continue to work with everyone in our community as we implement it.”

The company notes it followed an open, collaborative process to develop the plan by participating in multiple stakeholder workshops and technical conferences to share information and ideas.

Among the participants in the planning were the state Consumer Advocate; the County of Hawaii; the County of Maui; the Ulupono Initiative; the Blue Planet Foundation; Hawaii Gas; Paniolo Power on Hawaii Island; and the state Department of Business, Economic Development and Tourism. Additional independent technical analysis was provided by the U.S. Department of Energy and its National Renewable Energy Laboratory, Hawaii Natural Energy Institute, and Electric Power Research Institute.