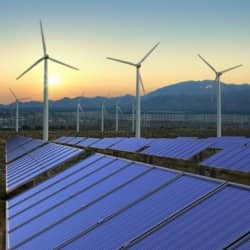 Renewable energy, including wind, solar, biomass and hydropower, provided 88.2% of new installed U.S. electrical generating capacity for the month of May, according to the latest Energy Infrastructure Update report from the Federal Energy Regulatory Commission (FERC).

During the same time period, coal and nuclear provided no new capacity, while 1,437 MW of natural gas, 1 MW of oil and 1 MW of ‘other’ provided the balance.

‘Some are questioning whether it's possible to satisfy the U.S. [Environmental Protection Agency's] new CO2 reduction goals with renewable energy sources and improved energy efficiency,’ says Ken Bossong, executive director of the SUN DAY Campaign. ‘The latest FERC data and the explosion of new renewable energy generating capacity during the past several years unequivocally confirm that it can be done.’