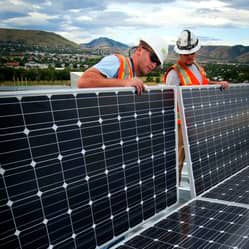 U.S. government anti-dumping penalties on imports of photovoltaic cells from China could suspend nearly half of solar module shipments to North America this year, affecting pricing, inventories and project timelines, according to an IHS iSuppli PV Perspectives report from information and analytics provider IHS.

On May 17, the U.S. Department of Commerce (DOC) announced a preliminary determination in its anti-dumping investigation of imports of crystalline silicon photovoltaic cells from China.

Before this announcement was made, IHS estimated that 2 GW of solar modules shipped into North America in 2012 would be imported from Chinese manufacturers. This would have represented as much as 60% of the market for North American use.

Given the high tariffs proposed by the DOC, however, many Chinese players will suspend shipments to North America while they modify their business plans to account for the tariff. This could represent the temporary removal of up to 1.5 GW of shipments to the region – accounting for 45% of the total market in 2012, the report says.

‘The Commerce Department action will have a major impact on the North American solar market, constraining supplies and driving up prices for modules and systems,’ says Mike Sheppard, photovoltaics analyst at IHS.

‘Even when alternative supply lines are adopted, the penalties are likely to add as much as 12 percent to the cost of solar modules, lowering the average return on investment for solar systems in the region by as much as 2.5 percent,’ he continues.

Outsourcing possibilities?
In its May decision, the DOC preliminarily determined that Chinese producers/exporters sold solar cells in the U.S. at dumping margins ranging from 31.14% to 249.96%.

The reasoning the DOC gave for the large tariff on these players is that the agency sought to deter Chinese companies from forming new joint-venture companies with existing firms that are not on the list of penalized entities.

Interestingly, the DOC also included this statement in its announcement:

For the Chinese module suppliers, this represents an opportunity to sidestep the tariffs, according to IHS.

‘The Commerce Department statement means that many Chinese cell manufacturers will be incentivized to outsource to third-party companies in other countries in order to get around the duties,’ explains Sheppard. ‘A popular option will be to utilize cell specialists operating in Taiwan. This will allow the Chinese players to avoid the high tariffs ranging from 34 to 250 percent.

‘However, such a strategy also will add 10 percent to 12 percent additional cost for the modules, based on the margins required from the third-party contract manufacturers and from additional logistics charges,’ he adds.

The impact of the outsourcing to Taiwan on solar system prices is expected to be somewhat more limited than the impact on module prices. System pricing behaves in a different manner from module pricing given the additional cost elements involved, the report notes.

Accounting for a 10% increase in total module cost based on the cell-outsourcing strategy mentioned above, the cost of installation for a ground solar system will rise to $2.65/W, up from $2.56/W.

As a result, the return on investment (ROI) for solar installations is expected to only decline by 1.5% to 2.5%, based on the cell outsourcing strategy.

‘This reduced ROI means some investors may think twice when valuing other vehicles to put their money,’ Sheppard says. ‘However, most investors will not be deterred.’

Finally, solar module inventory levels will quickly deplete in North America based on the lower shipments from Chinese players, increasing module prices given that Chinese modules are also the most aggressively priced. These price increases will be passed onto the system level, negatively affecting the ROI for projects installed this year.