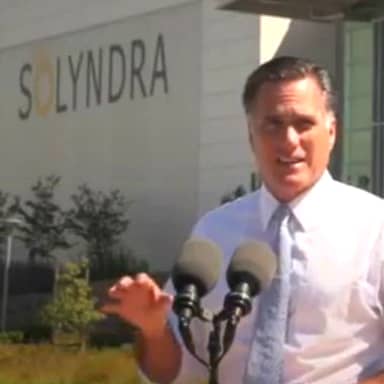 During this presidential election year, any solar company failure in the U.S. is no longer simply a story of technological viability or market trends. As the ghost of Solyndra continues to haunt the industry, solar bankruptcies are now political.

The recent bankruptcy of Lowell, Mass.-based Konarka Technologies – a small player in the solar market – immediately became a hot-button mainstream media story, even though, to many people in the PV industry, the company's demise represents nothing more than an unsurprising consequence of the state of the market.

By now, we know it is not news that even some of the most established crystalline PV manufacturers are simply hoping to survive this year. Manufacturers of specialized technologies that have not yet carved out a solid presence face an even bleaker environment.

Konarka's niches of organic PV (OPV) and building-integrated PV, in particular, have largely struggled to live up to their potential in the U.S. solar market. ‘While part of OPV's appeal is the hope of low costs, we found it won't beat crystalline silicon or inorganic thin film on cost per watt,’ Alex Carter, a Lux Research associate, said in a 2011 research report.

But Konarka's otherwise relatively ordinary tale was thrown into the public spotlight this week after President Obama's re-election team pointed out that Konarka had received $1.5 million in funding in 2003 from presumptive Republican presidential nominee Mitt Romney, who was then the governor of Massachusetts.

Titled ‘Symbol of Failure,’ the ad features archived footage of the president's May 2010 visit to Solyndra's factory, paired with statistics on the job cuts and taxpayer funding losses attributed to the company.

During the course of the Republican-led House Energy and Commerce Committee's investigation of Solyndra's DOE loan, policymakers have criticized President Obama and the DOE for ‘picking winners and losers’ in the clean energy space.

Obama's camp, however, now accuses Romney of the same practice with the Konarka loan.

‘Every day we see a new example of Mitt Romney's hypocrisy,’ Obama campaign spokesperson Lis Smith said in a statement. ‘Just one day after he pulled a political stunt outside Solyndra, we learned even more about his record of picking winners and losers in Massachusetts when one of the companies he gave a loan to went bankrupt.’

At the time, the company said the factory, which was formerly owned by Polaroid, would provide jobs for more than 100 workers as manufacturing scale-up progressed, with the potential to produce more than 1 GW annually.

The money was intended to help support the company's Massachusetts operations as it continued to commercialize its proprietary Power Plastic OPV technology. By February 2012, Konarka claimed Power Plastic had reached 9% single-junction efficiency.

During its pre-bankruptcy lifetime, Konarka received a total of $150 million in start-up capital and $20 million in government grants, according to the company's website.