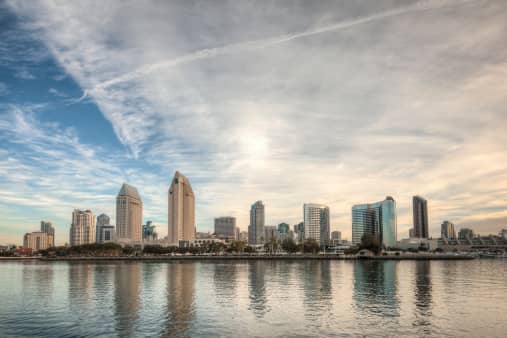 The San Diego City Council has unanimously approved Mayor Kevin L. Faulconer's Climate Action Plan, which calls for eliminating half of all greenhouse-gas emissions in the city and aims for all electricity used in San Diego to be from renewable sources by 2035.

‘San Diego took a landmark step toward securing a greener and more prosperous future,’ says Faulconer. ‘We've done something remarkable, bringing business and environmental interests together in a bipartisan manner to support a cleaner community and a stronger economy. We've struck the right balance with this plan, and San Diegans can look forward to more clean technology, renewable energy and economic growth."

"San Diego positions itself as a national leader by becoming the largest city in the U.S. to commit to 100% clean energy," says Nicole Capretz, executive director of the Climate Action Campaign." Following on the heels of the landmark agreement in Paris, we are showing cities around the world how to create a better, cleaner and healthier future to protect the people and places we love."

According to the city, the Climate Action Plan is a package of policies aimed at achieving the new 2035 targets. That list includes creating a renewable energy program, implementing a zero waste plan, and working to have a majority of the city's fleet be electric vehicles.

San Diego's first Climate Action Plan was approved in 2005, and a commitment to update the plan was included in the city's 2008 General Plan update.