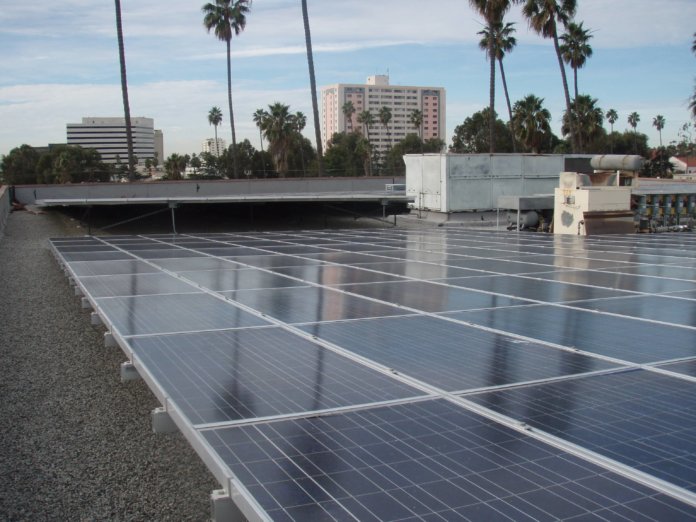 San Francisco recently made headlines for establishing an ordinance requiring solar installations on new buildings, and now, yet another California city has passed similar legislation.

The Santa Monica City Council has approved an ordinance mandating rooftop solar systems on all new residential and commercial buildings in the city. And although San Francisco’s ordinance goes into effect in 2017, Santa Monica’s kicks off in fewer than 30 days, on May 26. Other cities in the Sunshine State that created such solar mandates include Sebastopol and Lancaster, which passed their ordinances in 2013.

According to the Santa Monica government, the ordinance capitalizes on market trends in the solar industry. With the cost of solar installations continuing to decrease, Santa Monica residents and developers will now generate renewable energy, improve the value of their property, and contribute to the city’s long-range goals for energy and climate mitigation, including reaching carbon neutrality by 2050.

“In Santa Monica, we are moving away from buildings powered by fossil fuels in favor of clean and cost-effective solar energy,” states Dean Kubani, Santa Monica’s sustainability manager. “This is not only the smart thing to do – it is also imperative if we are to protect our kids and grandkids from the worst effects of climate change.”

Under the ordinance, new single-family dwellings will be required to install a solar photovoltaic system with a minimum total wattage of 1.5 times the square footage of the dwelling (1.5 W/sq. ft.). The city says that means a 2,000 square-foot home would need a 3 kW system, which is a typical installation size already seen on many homes.

Meanwhile, new multi-family dwellings and non-residential buildings, including hotels and motels, will be required to install a solar PV system with a minimum total wattage 2.0 times the square footage of the building footprint (2.0 W/sq. ft.). That means a four-story building with a building footprint of 10,000 square feet will need a 20 kW system.

The city explains there are some exceptions to the new rule. For example, solar installations on single-family buildings can be smaller than the 1.5 W/sq. ft. required if the homeowner demonstrates a smaller system meets at least 75% of the home’s energy load. A homeowner could also be exempt by meeting certain energy efficiency guidelines.

All new buildings, including single- and multi-family and non-residential, will be exempt if electricity from solar panels is technically infeasible due to a lack of available and feasible unshaded areas.

“Santa Monica is entering summer in the midst of transformational developments to improve our great city.  This action has special meaning to me having attended the historic climate summit in Paris late last year,” comments Santa Monica Mayor Tony Vazquez. “Covering our new buildings with renewable energy helps us address the challenge of climate change while ensuring Santa Monica builds cost-effective, resilient properties that maintain value.”

Photo courtesy of City of Santa Monica/Office of Sustainability & the Environment.