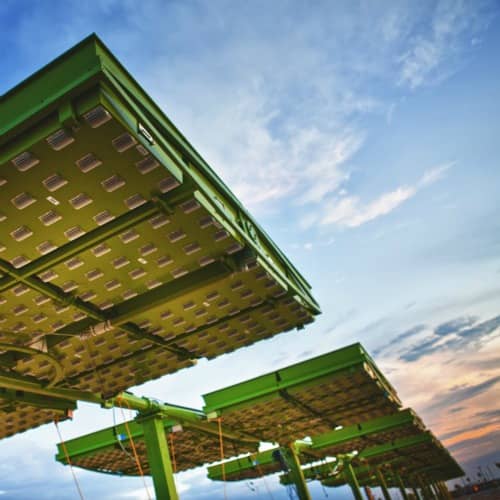 A new database of hundreds of on-campus solar photovoltaic installations created by the Association for the Advancement of Sustainability in Higher Education (AASHE) reveals that installed solar capacity has grown 450% over the last three years in the higher-education sector.

The database also shows other important solar trends in the higher education sector, AASHE says. For instance, a 40% drop in the installed cost of solar over the last four years and new financing mechanisms have led institutions to invest in solar as a way to hedge against rising electricity prices while reducing their greenhouse gas emissions.

According to AASHE's findings, the 137 MW of solar capacity installed on higher-education campuses to date is equivalent to the power used by 40,000 U.S. homes, and the market in 2010 for on-campus solar installations was over $300 million in the U.S.

In a recent blog post, AASHE highlights solar installations at the University of San Diego (USD) and Butte College as evidence of these promising installation trends. In its first on-campus solar deployment, USD took advantage in 2010 of federal and state incentives through a solar power purchase agreement to install 5,000 panels on 11 campus buildings, providing up to 15% of the campus' electricity at below market rates.

Butte College completed its third and largest solar array in 2011, making it the first institution in the U.S. to generate more electricity from solar than it uses, according to AASHE.

With the goal of driving further solar development on campuses, AASHE's new database is designed for higher-education solar advocates to browse success stories at campuses of a similar type, size and location.

AASHE adds that it has recruited the sponsorship of AMSOLAR as part of its strategy to help campus solar advocates find success in the projects they initiate. Evaluating the solar potential of a campus can be a complex process of weighing sites and technologies. As part of its sponsorship, AMSOLAR has agreed to serve as a technical resource.

The database also contains specific details about the cost, financing mechanisms and annual savings associated with a given project. AMSOLAR will serve as a financial resource, given that market conditions and finance-option availability can rapidly change, AASHE says.