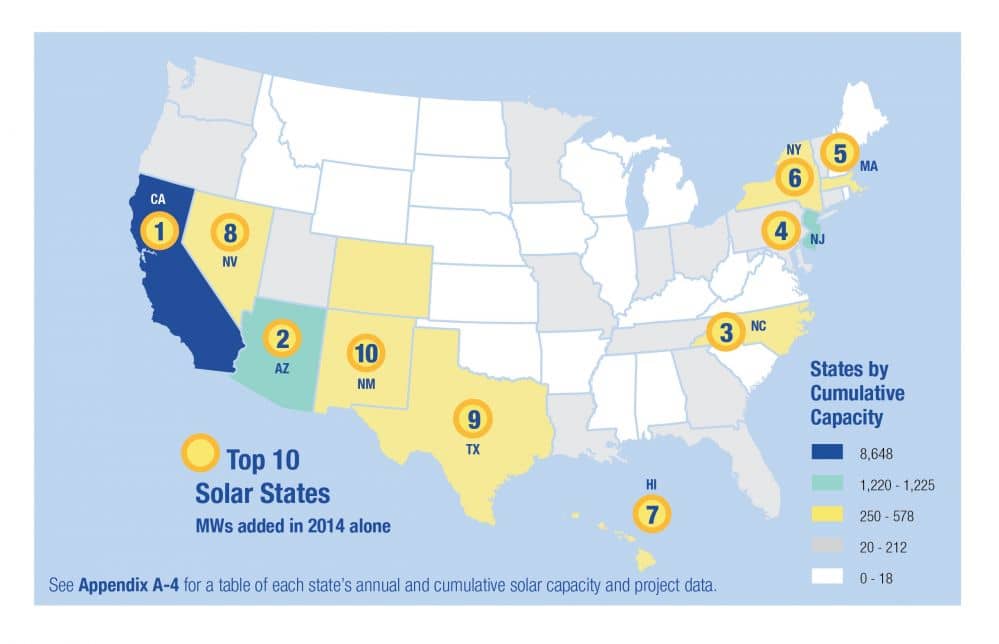 The Solar Electric Power Association (SEPA) has released its top 10 rankings of U.S. utilities based on the amount of solar capacity each added to the grid in 2014.

The utilities ranking in this year's top 10 accounted for 72% of all new solar interconnections on the grid in 2014. Aside from PG&E, California's other two investor-owned utilities – Southern California Edison and San Diego Gas & Electric – were ranked No. 2 and No. 3, respectively, on the list for total capacity installed.

On the watts-per-customer list, the Farmers Electric Cooperative of Kalona, Iowa, and the City of St. George Energy Services Department in Utah held down the No. 2 and No. 3 spots.

The full report identifies a number of industry trends, including the following:

‘We are 100 percent committed to solar energy and its role in California's energy future,’ says Laurie Giammona, PG&E's senior vice president and chief customer officer. ‘Together with our customers and partners, we have worked to shorten connection times and help solar grow in our state. SEPA's recognition shows this collaboration is paying off.’

The 2014 Utility Solar Market Snapshot, including the top 10 listings, can be found here.