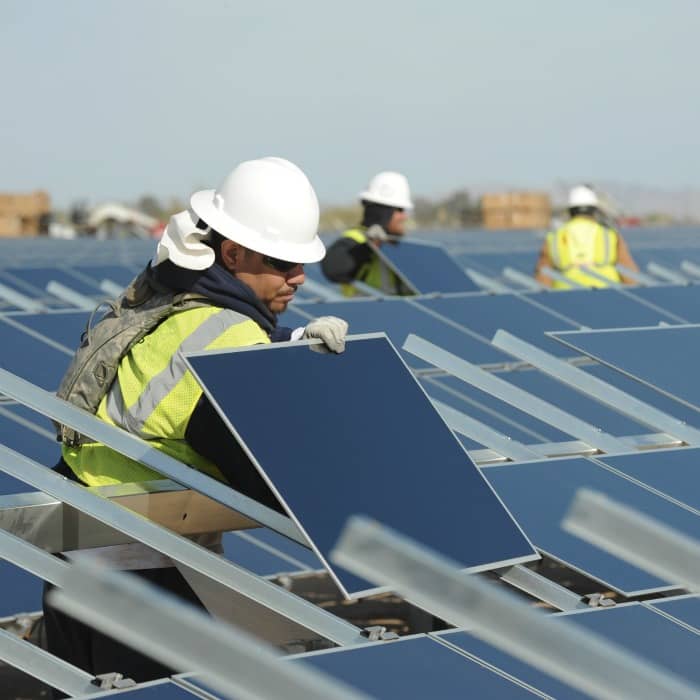 A controversial fee that has been dubbed the ‘sun tax’ may be ruled illegal in Riverside County, Calif. – one of the U.S.' prime solar development areas.

The Independent Energy Producers Association (IEP) and the Large-scale Solar Association (LSA) filed a lawsuit this week in Riverside County Superior Court seeking invalidation of the county's Board Policy B-29, a charge of $450 per acre imposed annually by county officials on large-scale solar projects.

Riverside County – which extends eastward to Southern California's border with Nevada – is home to numerous utility-scale solar plants under development, including the 1 GW Blythe plant and several others that rank among the largest in the country.

The increasingly widespread large-scale solar activity buzzing in Riverside County over the past several years prompted the county board to enact B-29 in November 2011.

‘Solar companies are descending on the county to take advantage of the country's superior sunshine, easy transmission access, expansive open space and close proximity to population centers,’ county officials wrote in their ruling explaining the introduction of the fee.

Citing alterations to the local landscape and other concerns, the county imposed its per-acre payment requirement for solar developers. Board Policy B-29 also enacted several other related financial requirements designed to ensure the county receives what it believes is a fair share of benefits from solar development.

‘There are currently such a large number of solar power plants approved and pending in the county that the fundamental values of the county expressed in its general plan are in jeopardy,’ county officials wrote. The ‘fundamental values’ included ‘sustainability’ and the ‘natural environment,’ as well as potential future agricultural, recreational and employment opportunities that may have taken place on land now claimed for solar projects.

However, according to the LSA and the IEP, the so-called sun tax – which the county has insisted is not technically a tax – violates California's constitution.

‘Because this charge has no relationship with impacts on or services provided by the county, it must be considered a tax,’ said Jan Smutny-Jones, executive director of the IEP, in the lawsuit announcement. ‘According to Proposition 26, taxes cannot masquerade as 'fees' or 'charges,' and this tax cannot be imposed without voter approval.’

In addition, the California Mitigation Fee Act prevents the county from charging a development fee unless a connection to actual impacts to the county is shown. ‘The county has never shown a connection between the fee and actual impacts,’ stated Shannon Eddy, executive director of the LSA. ‘Furthermore, the money raised would go directly to its general fund – rather than to mitigating any alleged impact.’

Riverside County officials and the lawsuit's petitioners also disagree on the potential chilling effects that a $450/acre charge could have on the local solar development market.

In its paperwork for Board Policy B-29, the county board cited a study performed by Complete Energy Consulting LLC concluding that Riverside County's inherent suitability for solar development would outweigh any deterrent introduced by what it termed a ‘modest’ fee.

Several entities with local business interests in the region, however, have warned that the fee would curtail Riverside County's solar activity – and, consequently, erode economic benefits. Coachella Valley Economic Partnership, the City of Blythe, Valley Action Group and others opposed the fee. (Their letters of opposition are included in the IEP and the LSA's lawsuit documents.)

Smutny-Jones predicts that the trial will be short and straightforward, noting that the alleged non-constitutionality of Board Policy B-29 was already brought to the county's attention last June.