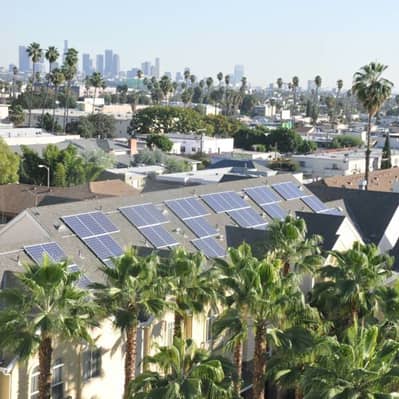 Shipments of the latest generation of ‘smart’ photovoltaic inverters are forecast to grow to 27 GW in 2015, accounting for almost 60% of the market, according to a recent report from IMS Research.

This growth is being driven by utility concerns about grid imbalances, the growing proportion of PV connected to the grid, and the need for energy storage to take advantage of self-consumption tariffs and to further incorporate PV into the smart grid.

According to the new report, features such as reactive power, smart grid interaction and energy storage are transforming inverters from simple power-conversion units into essential components of grid infrastructure. These advancements will radically change the PV inverter market over the next five years, the report notes.

‘Utilities, especially in Europe, are increasingly pushing for inverters to assist in grid stabilization and conform to stricter technical requirements,’ says Tom Haddon, a PV research analyst at IMS Research. Because of this, IMS Research forecasts that smart inverters will account for 80% of the Europe, Middle East and Africa (EMEA) market in 2015.

‘Despite this, most inverter shipments will still not be 'fully smart' and will only have reactive power capabilities, rather than full smart grid interaction or energy storage,’ Haddon adds.

The research found that Germany is leading the integration of PV into the grid, with the newly implemented Low and Medium Voltage Directives, and other European countries are likely to follow suit. Because of mandates such as these, ‘standard’ inverters are forecast to fall to just 42% of global shipments by 2015, as the directives are fully enforced.

‘Reactive power is an essential feature for inverters to carry if PV is to be a substantial part of the energy mix to provide local grid control, which is why the German authorities have acted first to implement such codes,’ Haddon remarks.

Another new trend identified in the report is the emergence of inverters that incorporate energy storage. IMS Research forecasts that close to 5% of all PV inverters shipped in 2015 will be equipped with storage, such as batteries, to help balance load and deliver other performance benefits.

However, in order for this new breed of inverters to capture more market share, the products will have to quickly decrease in cost, as well as improve in efficiency and reliability.

‘Demand for PV inverters with energy storage will most likely be driven by incentives favoring 'self-consumption,'’ Haddon says. ‘However, current solutions, relying on lithium-ion batteries, are currently too expensive and need to be reduced considerably before they will be deployed more widely.’