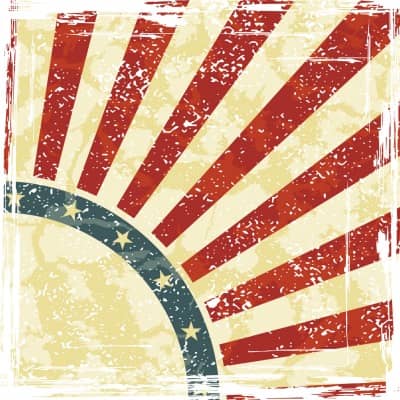 Capacity figures compiled by the U.S. Energy Information Administration (EIA) show that natural gas and solar are providing the vast majority of the nation's new electricity generating resources. Natural gas-fired power plants accounted for just over 50% of new utility-scale generating capacity added in 2013. Solar provided nearly 22%, a jump up from less than 6% in 2012. Coal provided 11% and wind nearly 8%.

Solar photovoltaic added 2,193 MW of capacity in 2013, continuing the trend of the past few years of strong growth. The EIA says the increase was helped in part by falling technology costs, as well as aggressive state renewable portfolio standards (RPS) and continued federal investment tax credits.

Nearly 75% of the PV capacity added was located in California, followed by roughly 10% in Arizona. The EIA did not include distributed generation capacity under 1 MW in these figures.

Distributed solar PV capacity additions also grew in 2013, with estimated non-utility additions of 1,900 MW. The EIA says most of this capacity was also located in California. 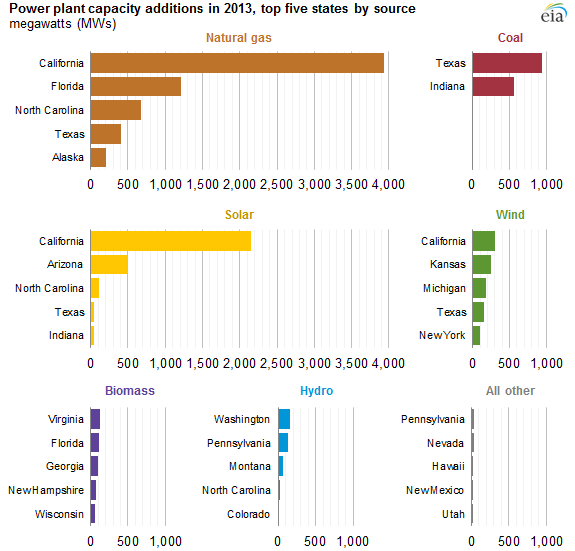 California added 6,395 MW of capacity, 47% of all new U.S. capacity in 2013. The state has added a large amount of new capacity in an effort to deal with a number of problems challenging the state's generating resources and grid reliability, including the following:

After many years of little activity, the concentrating solar power (CSP) sector completed several large-scale solar thermal plants in 2013 located in Arizona and California totaling 766 MW of capacity, more than doubling the total solar thermal capacity in the U.S.

A few more projects are expected to be completed through 2016, the EIA says. However, several other announced projects have since been cancelled or suspended because of a number of challenges such as environmental impacts on desert wildlife and water resources, cost-competitiveness and delays in transmission development.

Despite these challenges, there are many hopeful signs that CSP could have a continuing role to play in future U.S. energy policy. April Lee, an economist at the EIA and author of the newly released energy brief, says cost-competitiveness will be the deciding factor.

‘The Department of Energy's loan guarantees helped build all of the large solar thermal projects that came online in 2013,’ Lee says. ‘That helped the solar thermal industry gain more experience developing these projects and technologies, which helps the industry's technology development in general. So seeing how solar thermal's costs come down, along with working through the project permitting issues related to concerns about wildlife impacts of the recently completed projects, will probably be some of the biggest factors determining where solar thermal goes in the future.’