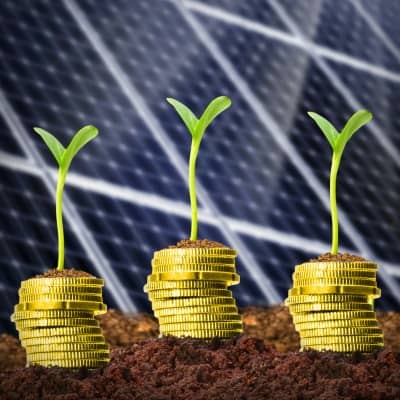 San Francisco-based solar asset management firm Radian Generation LLC (RadianGEN) says that, last year, it increased the size of the portfolio under contract to 150 MW, which represents a 300% increase.

Chad Sachs, CEO of RadianGEN, says an important factor of the company's growth is the evolution of the marketplace from an owner's perspective.

‘You are seeing some very confident owners who are aggressively buying projects,’ Sachs says.

The aggressiveness is due in part to the rush to acquire a pipeline of projects prior to the expiration of the U.S. federal investment tax credit at the end of 2016. Many such projects typically involve large-scale utility-type projects with long development times that, at this point, are running up against the edge of the development timeline.

‘Two of the last three customers we've had brought us in during the early stages of acquisition to help them with diligence, to help them look at production estimates, and to help them look at how their operations and maintenance (O&M) contracts are structured,’ Sachs says. ‘We gave them guidance on that, and we were hired in a more traditional asset management role once the transactions closed.’

At the same time, the solar sector is attracting more investors who have become comfortable with solar power as an asset class – many more investors than there are large-scale projects left to acquire. Many investors are looking to build portfolios of smaller, distributed generation (DG) projects.

‘It is becoming very competitive to buy these assets, so people are really sharpening their pencils when evaluating what they can pay and what risk they can assume," Sachs says." And then, they really want the assets to perform.’

From a business standpoint, Sachs says the movement of more passive classes of owners looking to offload the day-to-day aspects of solar asset maintenance means more opportunities for companies like RadianGEN that are able and willing to provide such services.

However, the maturing of the market is resulting in the ‘first generation’ of solar plants coming to the end of their initial engineering, procurement and construction warranties while not yet being even a third of the way through their power purchase agreements. From a solar asset manager's perspective, this is also a significant opportunity.

First and foremost, owners are interested in solar plant production, Sachs says. ‘You have warranties expiring, aging plants, vendors going out of business,’ he says." I think there is more interest in re-opening O&M contracts. That's been somewhat of a change for us.’

That change has caused RadianGEN to modify its business strategy. Instead of positioning the company as an outsourcing option for owners who want to avoid handling asset management themselves, Sachs says the company is more focused on what it can do to optimize performance – which, after all, is the owner's revenue stream – and hold O&M providers to their performance guarantees.

‘There can be a fair amount of subjectivity in how some of those are structured,’ he says.

As part of its growth strategy, RadianGEN has increased the size of its San Francisco operation and established an office in Charlotte, N.C., to better pursue opportunities in the east. Through its partnership with Quietstream, a financial services firm, RadianGEN has established a presence in Los Angeles, Boston and New York City.