Home Solar News Solar By The Numbers: How The U.S. Industry Broke Records In 2012 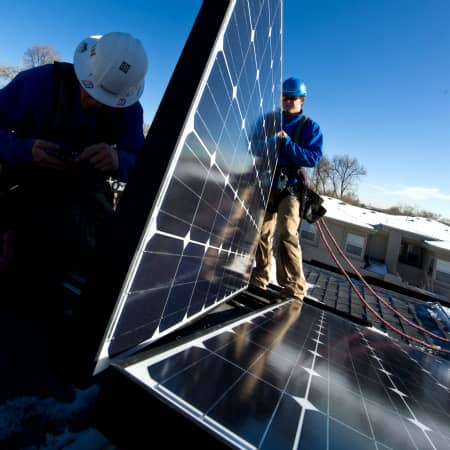 Based on early findings and their own experiences, many solar installation professionals in the U.S. already knew that 2012 was a year for the record books.

‘We're now attracting large investors,’ noted Rhone Resch, president and CEO of SEIA, during a Google+ Hangout virtual event held in conjunction with the release of the SMI report. ‘Solar is viewed as 'safe' technology.’

These large investors helped the utility-scale segment of the market, in particular, soar in 2012. A total of 152 utility solar installations were connected to the grid, including eight of the 10 largest projects currently in operation, according to the report. Utility-scale installations represented more than half of new capacity added, totaling 1,782 MW.

Falling costs have helped propel that growth, especially in the utility-scale solar sector. ‘The $2/W barrier has always seemed like the sound barrier or the speed of light – an impossible threshold that we thought we could never get over,’ said Arno Harris, CEO of Recurrent Energy and chairman of the board at SEIA, during the Google+ Hangout.

Industry-wide, the average cost of a completed PV system dropped 27% in 2012 alone, Resch said. On the residential side, the rising popularity of third-party ownership has shifted solar installations from ‘too expensive’ to ‘affordable and more competitive than standard utility-purchased electricity’ in many consumers' minds and driven installation growth.

The report predicts that residential solar will ‘surge’ this year and in the future as third-party ownership options become more widely available across the U.S. ‘Solar is increasingly affordable, and customers are starting to get smart,’ Resch said.

Already, increasing geographic diversification has helped spread the U.S. solar market far beyond its California-centric roots. ‘This is what is important for solar to take hold as a mainstream energy source in the U.S,’ Resch pointed out.

Although California ranked No. 1 once again in the report's state-by-state rankings, becoming the first state to install more than 1 GW in a single year, Arizona, New Jersey, Nevada, North Carolina, Massachusetts and Hawaii each recorded more than 100 MW of installations. 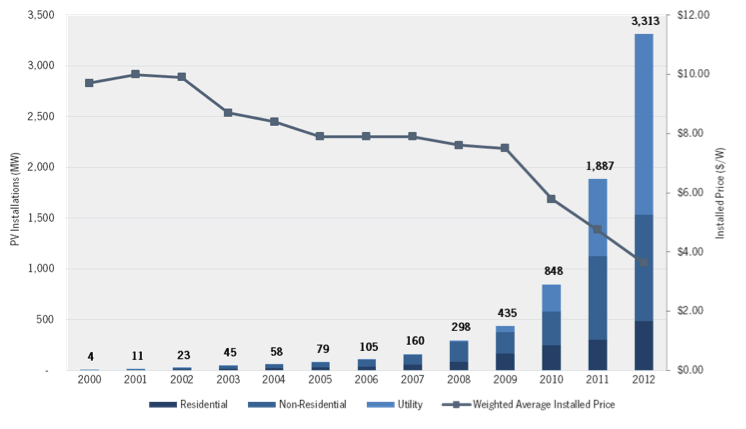 ‘We will continue to expand outward into many markets – we should have a 50-state market,’ said Shayle Kann, vice president of GTM Research, during the Google+ Hangout. ‘It's just a question of how quickly we can get there.’

Supportive multi-year federal policy, especially the investment tax credit, played a major role in allowing the industry to expand in states across the U.S., Resch said. ‘It's consistent with what we've seen in other industries when you provide a stable policy,’ he noted.

The plummeting module prices that also helped the U.S. solar market grow 76% last year took their toll on some solar product manufacturers, and module oversupply persists, the panelists acknowledged. However, according to Resch, the overall solar supply chain remains healthy, with more companies and employees joining in every day.

Overall, the three panelists concluded, the noteworthy numbers in the SMI report provide proof that solar has truly arrived in the U.S. and placed itself in a position to continue building on existing momentum.

‘Fundamentally, the exciting thing at the heart of all of this is that the industry has answered three big questions,’ Harris said.

Those three questions – frequently posed over the years by utilities, businesses and others considering involvement with solar – concerned whether solar was affordable, scalable and capable of attracting capital.

Now, with these impressive installation totals and cost-reduction numbers to back its claims, the industry can definitively answer yes to all three questions, Harris said.

More information on the SMI report is available here.