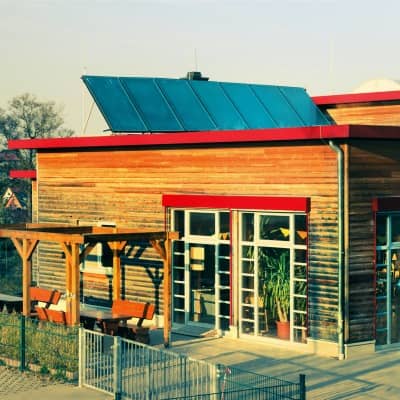 Public elementary and high schools in the U.S. have shown explosive growth in their use of solar energy over the last decade, soaring from 303 kW of installed capacity to 490 MW currently. So reports a new study by The Solar Foundation (TSF) with the support of the Solar Energy Industries Association (SEIA).

Funded through a grant provided by the U.S. Department of Energy's SunShot Initiative program, the TSF report says 3,752 K-12 schools in the U.S. have solar installations with a combined output of about 642,000 MWh of electricity each year. This represents about $77.8 million per year in utility bills, the report says.

Offsetting energy consumption with increasingly cost-competitive solar electricity, space or water heating can deliver significant cost savings to schools and their districts, the report says. Over time, solar can serve as a key hedge against projected increases in utility rates.

As is the case with the solar sector at large, the report found that more schools are going solar as installation costs decrease. In early September, New York rolled out a new program to assist public schools in the state to implement solar power development plans.

The top 10 states with solar-powered schools ranked in the report by kW installed are as follows:

To see a copy of the report, ‘Brighter Future: A Study on Solar in U.S. Schools,’ click here.