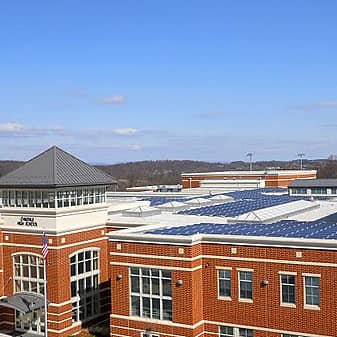 Maryland's solar sector recorded a hard-fought win this week, as legislation providing for a temporary acceleration of solar requirements in the state's renewable portfolio standard (RPS) cleared the State Senate by a vote of 37-9.

S.B.791, introduced by State Sen. Rob Garagiola (District 15), accelerates the implementation of Maryland's 2% solar carve-out by two years. Each incremental solar requirement from 2013 to 2021 was increased slightly, so that the state now reaches the 2% mark in 2020 rather than in 2022. The final carve-out amount remains unchanged.

‘It is a huge victory,’ Francis Hodsoll, executive director of the Maryland-D.C.-Virginia Solar Energy Industry Association (MDV-SEIA), tells Solar Industry. ‘The industry can plan for continued growth, allowing for increased jobs and investment.’

Since rolling out initiatives such as solar renewable energy credit (SREC) programs and RPS, Maryland and many other states have recognized that such policies often require adjustment as the market evolves. For example, the solar boom caused by New Jersey's SREC program – and the pricing volatility and uncertainty that ensued – has become one of the most well known cautionary stories of a good program that risks becoming a victim of its own success if appropriate corrections are not made.

‘The last several years have been challenging, with failed attempts at market reform in many states,’ Hodsoll notes.

The Maryland SREC market, in comparison, is only ‘moderately oversupplied – not nearly as oversupplied as Pennsylvania or Delaware,’ he says. Several large projects that received long-term SREC contracts through ‘special deals’ created the minor oversupply situation, but Hodsoll does not see additional supply coming online, as Maryland's market structure does not provide long-term contracting.

However, S.B.791 provides a vital fix, Hodsoll stresses. In addition to correcting the temporary oversupply issue, it addresses what he calls an ‘earlier design flaw’ in existing legislation by smoothing out the growth curve for solar.

‘The current requirements resulted in a period of stagnation and then a significant ramp-up,’ he explains. ‘Obviously, the volatility in year-over-year growth is not healthy for the industry – resulting in a bust-boom cycle.’

‘A person that owns and operates a solar water heating system shall receive a renewable energy credit equal to the amount of energy, converted from Btus to kilowatt-hours, that is generated by the system that is used by the person for water heating,’ the legislation reads.

Hodsoll explains that this certification change is simply ‘a technical fix ensuring that there can be more than one standard for certification of thermal performance.’ The state's Public Service Commission currently approves certification standards and ensures appropriate oversight for the process.

As S.B.791 made its way through Maryland's legislature, MDV-SEIA – together with local PV installers and national groups such as the Solar Energy Industries Association – teamed on extensive lobbying efforts.

Disagreements over preferred state policy priorities have fractured some industry coalitions in the past, but Hodsoll praises MDV-SEIA's partners for putting aside any differences and presenting a united front to help push the bill through the State Senate.

‘This victory in Maryland is a testament to what can be achieved when we take the time to do the very hard work of creating consensus within the industry,’ he says.