Southern Cross Energy, a subsidiary of TransAlta Corp. and an entity in which TransAlta Renewables Inc. owns an indirect economic interest, has agreed to provide solar electricity supported with a battery energy storage system to the Goldfields-based operations of BHP Nickel West Pty Ltd. through the construction of the Northern Goldfields Solar Project.

The Northern Goldfields Solar Project is expected to reduce BHP’s Scope 2 electricity greenhouse gas emissions from its Leinster and Mt Keith operations by 540,000 tonnes of CO2e over the first 10 years of operation.

“This is the first large-scale onsite solar farm and battery that BHP has commissioned at any of its global operations,” says Eddy Haegel, BHP Nickel West’s asset president. “The Northern Goldfields Solar Project will further improve our position as one of the lowest carbon nickel miners in the world. It will reduce emissions from electricity use at Mt Keith and Leinster by 12 per cent, reduce fuel costs and improve the reliability of our electricity supply with the addition of the battery storage system.”

TransAlta Australia will build, own and operate the Northern Goldfields Solar Project. Total construction capital of the project is estimated at A$73 million. Following an extensive tender process, TransAlta Australia has entered into an engineering, procurement and construction agreement with juwi Renewable Energy Pty Ltd. The project is the first renewable energy project to be developed under the power purchase agreement recently extended with BHP in October 2020 and will have a term of 16.3 years. Final notice to proceed is expected during Q3 2021. 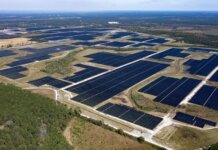