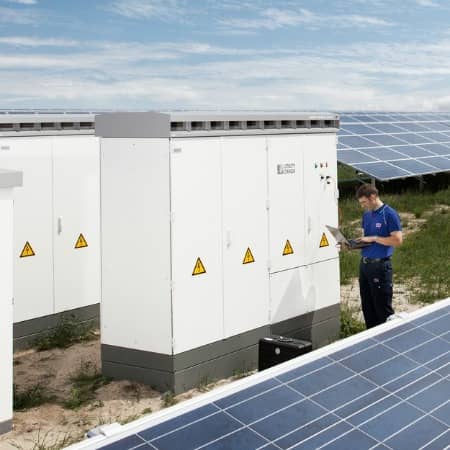 Although global PV inverter shipments are expected to rise once again, price pressures will continue for inverter manufacturers, according to a new report. China is likely to become the world's largest inverter market next year.

Following a decline in the third quarter of the year, global PV inverter shipments are forecast to reach a record of 8.6 GW, according to the latest report from IMS Research.

An 18% year-on-year rise in global shipments will make the fourth quarter of 2012 the largest final quarter ever recorded. However, the report predicts far more modest revenue growth due to increasing price pressure for PV inverters.

Double-digit sequential growth will be largely driven by Asian countries such as China, India and Japan, and Asia will account for almost 50% of global shipments in the fourth quarter, IMS Research says. In contrast, shipments to mature markets in Europe, such as Italy and Germany, are forecast to decline by 20% in the fourth quarter due to aggressive feed-in-tariff (FIT) cuts.

IMS Research's analysis of shipment data collected from leading suppliers found that the first half of 2012 started strong, with over 16 GW of global shipments. However, despite strong shipments, the average price of PV inverters had fallen by almost 20% year-on-year in the second quarter of 2012.

‘Following huge amounts of price pressure on other PV components such as modules, PV inverter prices have also come under fire,’ explains Cormac Gilligan, PV market analyst at IMS Research. ‘Highly competitive market conditions, falling incentives and weakening demand in key markets has resulted in prices declining by an average of fiveÂ percent per quarter for the last year.’

Shifts in demand for different types of inverters has also had an impact on inverter pricing. ‘Shipments of inverters over 500 kW in size are forecast to continue to grow substantially in the second half of the year, as high demand for utility scale installations is forecast in markets such as the U.S., India and China,’ Gilligan says.

‘This change in market share towards larger inverters with a lower price per watt has also been a factor in the reduction of average PV inverter prices,’ he continues.

In 2013, China is forecast to surpass Germany as the largest market for PV inverters (in shipment terms), as FIT amendments take full effect on the German market and China continues to rapidly deploy utility-scale systems.

The U.S. is predicted to become the third biggest market for PV inverters – highlighting the global shift from the mature European markets to the fast growing Americas and Asia regions, IMS Research notes.