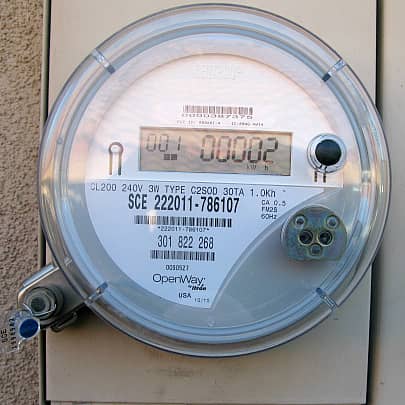 Net-metered rooftop solar will provide more than $92 million in annual benefits to ratepayers of California's three investor-owned utilities, according to a new study from the Vote Solar Initiative.

The study, commissioned by Vote Solar and authored by consultant and former California Public Utilities Commission (CPUC) advisor Tom Beach of Crossborder Energy, uses a CPUC-approved economic model and data from solar customers. It assesses the overall impacts of NEM to ratepayers in territories covered by PG&E, SCE and SDG&E.

According to the results, the financial benefits of net-metered power outweigh the costs, with a total net benefit value of more than $92 million annually by the time the state's net-metering program is fully subscribed.

Benefits include savings on expensive and polluting conventional power; reduced investments in transmission and distribution infrastructure; reduced electricity lost during transportation over power lines, as net-metered solar's surplus energy is sent to the grid locally; and savings on the cost of meeting carbon reduction and renewable energy requirements.

‘We've got a long way to go in revamping an antiquated energy grid, and growing California's clean economy and net metering is critical to those efforts,’ says Adam Browning, executive director of Vote Solar.

Thanks to policies like NEM, California is home to a fast-maturing solar sector, which now employs over 43,000 Californians and has attracted over $10 billion in private investment, Vote Solar adds.

New rate designs
As solar incentives – such as those in the California Solar Initiative – decline, NEM and similar policies are expected to play a bigger role in ensuring that solar deployment continues to grow.

However, one of utilities' main stated concerns about NEM has been that the mechanism imposes unfair costs on customers without net-metered PV systems.

‘Past studies of the economics of NEM have shown clearly that the impacts of NEM on non-participating ratepayers depend on the utility's retail rate design,’ the Vote Solar study states. Specifically, problems arise not from net metering itself, but in cases where marginal prices are far higher than marginal costs.

During their examination of the costs and benefits of NEM, California's utilities have begun shifting the conversation to larger issues of rate design, in an effort to find structures that are most appropriate for their evolving customer base.

The study supports these efforts, noting that ‘addressing the cost-effectiveness of NEM through rate design would preserve NEM's virtues of simplicity and certainty for the solar customer.’

For instance, the analysis found that NEM benefits to non-participating ratepayers could be increased if residential NEM customers adopted time-of-use (TOU) rates.

‘TOU rates reduce the costs of NEM for non-participating ratepayers by more closely aligning the utility's marginal rates with its marginal costs to serve residential customers,’ the study explains. ‘In contrast, with increasing block rates, a PV customer's NEM credits depend only on the amount of the customer's usage that the PV exports offset, and not on when those exports occur or on the utility's marginal costs in those hours.’

Setting tiered rates at certain levels represents another way to minimize or eliminate extra costs to non-NEM customers. For example, keeping residential tier rates in the third, fourth and fifth tiers below $0.30/kWh did not cause NEM costs to be imposed on non-participating ratepayers.

‘Although upper tier rate levels are not the only driver of NEM costs and benefits, they are an important influence, and our work suggests that maintaining upper tier rates near the $0.30/kWh level will minimize any rate impacts from NEM,’ the study concludes. ‘This may be a challenge given the constraints of A.B.1x and S.B.695 on the design of residential electric rates.’

Overall, according to the results of the study, these and other types of rate-design measures can enable NEM to be cost-effective, even as PV penetration increases.