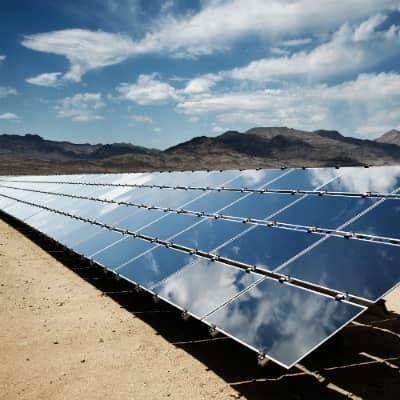 Solar generation surged past wind power to become the renewable energy technology of choice for global investors in 2011, according to two new reports from the United Nations Environment Programme (UNEP) and the Renewable Energy Policy Network for the 21st Century (REN21).

Solar attracted nearly twice as much investment as did wind, driving the renewable energy sector to yet another record-breaking year. However, challenges abound for all types of renewable energy, the reports add.

The UNEP report shows that despite an increasingly tough competitive landscape for manufacturers, total investment in renewable power and fuels last year increased by 17% to a record $257 billion – a six-fold increase on the 2004 figure and 94% higher than the total in 2007, the year before the world financial crisis.

Although last year's 17% increase was significantly smaller than the 37% growth recorded in 2010, it was achieved at a time of rapidly falling prices for renewable energy equipment and severe pressure on fiscal budgets in the developed world.

Renewable power, excluding large hydropower, accounted for 44% of all new generating capacity added worldwide in 2011 – up from 34% in 2010. This accounted for 31% of actual new power generated, due to lower capacity factors for solar and wind capacity.

In 2011, renewable energy technologies continued to expand into new markets. For instance, solar PV capacity moved rapidly into new regions and countries, and solar hot water collectors are used by more than 200 million households as well as in many public and commercial buildings worldwide.

Total investment in solar power jumped 52% to $147 billion, led by booming rooftop photovoltaic installations in Italy and Germany. The rapid spread of small-scale PV to countries such as China and the U.K., as well as significant investments in large-scale concentrating solar power projects in Spain and the U.S., also helped investments grow.

The U.S. surged back to within an inch of the top of the renewables investment rankings, with a 57% leap to $51 billion, as developers rushed to cash in on three significant incentive programs before they expired during 2011 and 2012. After leading the world for two years, China saw its lead over the U.S. shrink to just $1 billion in 2011, as it recorded renewable energy investment of $52 billion, up 17%.

India's National Solar Mission helped to spur an impressive 62% increase to $12 billion – the fastest investment expansion of any large renewables market in the world. Brazil saw an 8% increase to $7 billion.

Overall, the top seven countries for renewable electricity capacity (excluding large hydro) – China, the U.S., Germany, Spain, Italy, India and Japan – accounted for about 70% of total non-hydro renewable capacity worldwide. On a per-person basis, Germany ranked first, followed by Spain, Italy, the U.S., Japan, China and India. By region, the EU was home to nearly 37% of global non-hydro renewable capacity at the end of 2011.

Worrisome signs?
In the power sector, renewables accounted for almost half of the estimated 208 GW of electric capacity added globally during the year, according to the reports. Wind and solar PV accounted for almost 40% and 30% of new renewable capacity, respectively. By the end of 2011, total renewable power capacity worldwide exceeded 1,360 GW – up 8% over 2010.

However, share prices in the renewable energy sector had a dismal 2011 in the face of overcapacity in the solar and wind manufacturing chains and investor unease about the direction of support policies in both Europe and North America.

Competitive challenges intensified sharply, leading to large drops in prices, especially in the solar market. This was a boon to buyers, but not to manufacturers – a number of which went out of business or were forced to restructure, the reports note.

Faced with plunging green energy technology prices and economic austerity measures, many governments slashed their renewable subsidies and allowed other support schemes to expire. The result was a succession of company failures and factory closures in 2011-2012, including five significant solar manufacturers in the U.S. and Germany.

Manufacturer margins were compressed as the industry continued the shift from a period of undercapacity a few years ago to overcapacity now as growing demand failed to keep up with a surge in supply, the reports explain.

The most dramatic price plunge was in PV cells, whose average price fell from $1.50/W in September 2010, to $1.30/W by January 2011 and $0.60/W by the end of the year, according to the Bloomberg New Energy Finance Solar Price Index. This fed into a fall in PV module prices of nearly 50% between the start of 2011 and the beginning of this year.

Good news is on the horizon: Analysis suggests that the cost of producing power from rooftop PV panels for domestic use is already competitive with the retail (but not the wholesale) daytime electricity price in several countries including Germany, Denmark, Italy and Spain, as well as in the state of Hawaii.