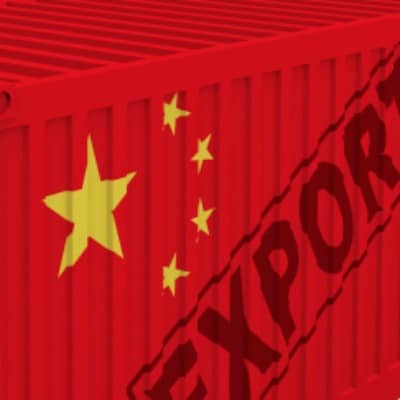 Last week, a panel of judges from the World Trade Organization (WTO) declared that the U.S. imposition of tariffs on China-source solar photovoltaic products is a violation of international trade rules. Nobody expects the WTO ruling to have much of an impact on U.S. trade policy, however, and this has a lot of people in the solar sector very worried.

The main concern is that the attendant price increases on PV products whose wafers or cells originate in China-source factories will bring the primary impetus for the solar sector's growth to a screeching halt, just when the 30% investment tax credit (ITC) expires at the end of 2016 and such momentum is needed.

‘If we lose the ITC and are not cost-competitive in a good part of the country, we are in deep trouble,’ says Tony Clifford, CEO of Standard Solar, a Maryland-based developer of commercial solar projects.

‘Right now, the Commerce trade decisions are costing the American solar industry about $0.18/watt,’ he says, adding that this is likely to go up if Commerce declares another round of tariffs as expected this week. ‘You can imagine what the solar business in the U.S. would be like if we had modules at $0.58/watt or less.’

The sense that the U.S. government is essentially undermining its own policies – both with respect to free trade and renewable energy development – is the source of much frustration.

‘We urge the government of the United States to reevaluate its preliminary determination of countervailing duties and the misguided trade dispute at large,’ says Thomas Koerner, general manager of Canadian Solar's Americas division, in a statement.

According to Koerner, the imposition of countervailing and potential anti-dumping duties is not only disruptive to a fair trade business environment but also damaging to an industry that seeks to support U.S. commitments to renewable energy deployment and sustainable development.

The WTO description of China's complaint reads, ‘China challenges various aspects of certain identified countervailing duty investigations, including their opening, conduct and the preliminary and final determinations that led to the imposition of countervailing duties. China also challenges the 'rebuttable presumption' allegedly established and applied by the U.S. Department of Commerce that majority government ownership is sufficient to treat an enterprise as a 'public body.'’

The problem, some legal professionals say, is that the methodology Commerce uses to investigate allegations of anticompetitive trade practices by the Chinese government all but guarantees a finding. William Perry, an international trade partner at Dorsey & Whitney in Seattle, says Commerce's methodology will find dumping and subsidization in 100% of the cases against China.

The WTO ruling essentially says the U.S. methodology is in conflict with international trade laws and thus, Commerce's findings were incorrectly determined.

For its part, the Solar Energy Industries Association (SEIA), a strong opponent of PV anti-dumping regimes, says the WTO ruling, while laudable, is unlikely to affect any new or existing CVDs tied to ongoing investigation until 2016 at the earliest, due to the appeals process and implementation period.

‘But even then, it's not clear whether the decision will result in any substantive modification of a solar CVD order against China,’ says SEIA president and CEO Rhone Resch, in a statement.

While there is a certain amount of confidence that Chinese manufacturers will be able to create a work-around, such as moving wafer and cell manufacturing to third-party locations, in the near term, solar developers say confusion in the supply chain will have a detrimental effect on project development and financing.

Standard Solar's Clifford says the net effect is that solar prices are going to be higher in the U.S. – significantly higher – than they are in the rest of the world.

‘They're killing the installers,’ he says of the tariffs. ‘The installers see it first. And if you can't finance the volume of solar deals you have in the past because the project prices are too high, it's going to impact everybody.’