SolarEdge Technologies Inc. has announced an immediate leave of absence for its CEO, Guy Sella, whose previously disclosed health condition has declined significantly, the company says.

Sella, who is also co-chairman and founder of the company, announced in a regulatory filing in November 2017 that he had been diagnosed with colon cancer.

Zvi Lando has been appointed to serve as acting CEO in Sella’s absence. Lando has served as executive vice president of global sales since joining SolarEdge in 2009.

“As is well-known, Mr. Lando has been a part of the executive management team since 2009 and has a proven track record on sales and execution,” says co-chairman Nadav Zafrir. “The circumstances of this appointment are very sad. Having said that, the board of directors is confident that he will continue to take the company forward on its current path of growth and success.”

Separately, earlier this week, the company announced the appointment of Uri Bechor as chief operating officer.

Bechor brings over 20 years of experience in both senior vice president and general manager roles at Flextronics International Ltd.

“I am very excited to be joining SolarEdge during its continued expansion through acquisitions and organic growth,” says Bechor. “I was the general manager of Flextronics Israel when SolarEdge began production in 2010, and I know well the products and many of the management and operations team. I am honored and poised to address the opportunities and challenges that lie ahead.” 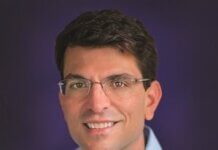