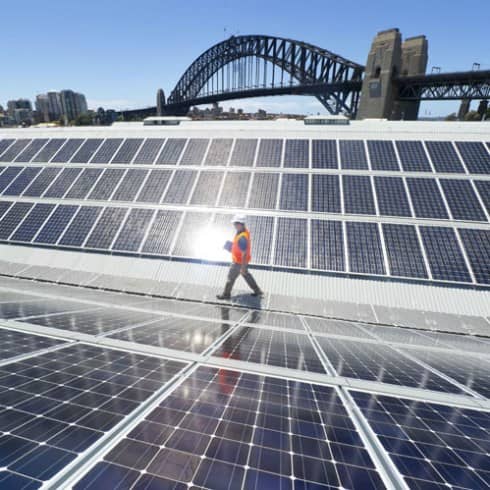 SolarWorld and its partners in the Coalition for American Solar Manufacturing (CASM) have unearthed new PV module import data that, according to the coalition, proves that Chinese solar producers flooded the market with product at the end of 2011. The CASM believes this information warrants the application of retroactive duties on Chinese imports.

The International Trade Commission (ITC) made a preliminary determination last December that there is a ‘reasonable indication’ that Chinese manufacturers' practices are detrimental to the domestic solar industry. Further official findings have yet to be announced.

In its new analysis, the CASM found that Chinese c-Si producers have more than doubled their imports into the U.S. since July 2011. This surge, the coalition says, constitutes ‘critical circumstances’ (as defined by the U.S. Department of Commerce) and justifies the implementation of tariffs on imports dating back to Nov. 15. The Commerce Department is scheduled to announce its decision regarding ‘critical circumstances’ on Feb. 15.

Suntech – one of the high-profile Chinese manufacturers named in the trade investigations – increased its imports into the U.S. by 76% in November, compared to October's numbers.

Citing data from the Customs and Border Protection's Port Import Export Reporting Service (PIERS), the coalition also notes that Trina Solar's imports surged 209% in the first half of last December, compared to the first half of the year. PIERS' data showed evidence of stockpiling by U.S.-based importers and wholesalers as well, according to the CASM.

‘This significant increase in imports demonstrates that the Chinese know they have violated U.S. and international trade rules and are trying to evade the consequences,’ said Gordon Brinser, president of SolarWorld Industries America Inc., in a statement.

Whether the end-of-2011 ramp-up in imports is linked to the threat of potentialÂ duties, however, remains up for debate.

Walker Frost, a spokesperson for Suntech, told Bloomberg that the Dec. 31 expiration of the U.S. Department of Treasury's Section 1603 cash-grant program created a strong uptick in demand for the company's products in the U.S. Per the rules of the Section 1603 program, a solar developer needed to at least begin construction on a PV project by the end of 2011 in order to remain eligible for the incentive.

Trina Solar similarly denied SolarWorld's claims. ‘We are opposed to any suggestion that our U.S. imports surged as the result of efforts to evade potential tariffs,’ the company said in a statement.

Analysts from Jefferies & Co. also attributed the spike in Chinese imports to normal seasonality trends and the end of the Section 1603 program.

‘It may be difficult for SolarWorld to prove the surge was an attempt by the Chinese to avoid tariffs,’ the analysts said in a recent research note. ‘However, the net result is a chilling effect on module purchases from China.’

The announcement from the CASM comes shortly after President Barack Obama introduced a newly created Trade Enforcement unit during his State of the Union address.

The president indicated support of the complaint in a local television interview that aired last November.