According to Standard Solar, the solar array will provide approximately 5% of the cooperative's load. With an expected annual output of more than 3.5 million kWh, the 6,336-panel south-southwest facing fixed-tilt project is designed to provide peak power to the electrical grid.

Financing for the project was arranged through a long-term power purchase agreement by Maryland-based Urban Grid Holdings LLC, which focuses on development and financing of midsize to large-sized commercial solar projects. Urban Grid and Standard Solar have partnered on many solar projects.

Tony Clifford, CEO of Standard Solar, describes the site of the array as virtually perfect, with the flat desert to the east and just the beginnings of mountains to the west. Technically, the location on the site of an old saw mill was already zoned industrial and possessed the aforementioned grid access.

‘It's a great site for solar,’ Clifford says. ‘Obviously, it has New Mexico sun. We did the site with the existing electrical lines, which helped a lot.’

The main limiting factor was the constraint of the size of the system, which was defined by the 5% of the total load restriction set by Tri-State Generation and Transmission Association Inc., Mora-San Miguel's parent utility.

One of the typical solar development problems Standard Solar managed to avoid was any opposition to the array from the local community.

‘That's one of the things we've noticed about going through project review and approval in New Mexico,’ Clifford says. ‘They are absolutely pro-solar.’

To the maximum extent feasible, Standard Solar contracts with local talent and labor. Taos, N.M.-based Ute Peak Solar is Standard Solar's local development partner. For this project, the company contracted with Sapello, N.M.-based Energy Concepts for electrical and installation services on the project.

‘It's local money that's paying for this, so they should reap the benefits,’ Clifford says. ‘It also helps build up local champions who support the project.’

Standard Solar will be providing initial operations and maintenance (O&M) services for the project as part of its typical contract. Clifford says that while the company has not finalized a long-term O&M agreement, it probably will.

The Mora-San Miguel co-op project is a part of Standard Solar's expansion from a regional into a national solar developer. The company opened an office in Sacramento, Calif., earlier this year and expects to announce several new commercial solar projects in the western U.S. in the coming months. 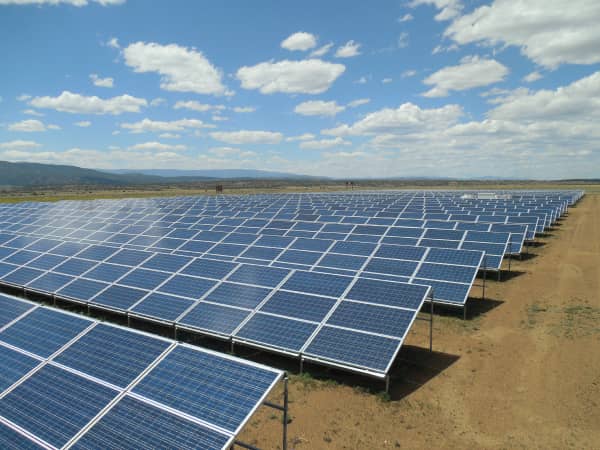