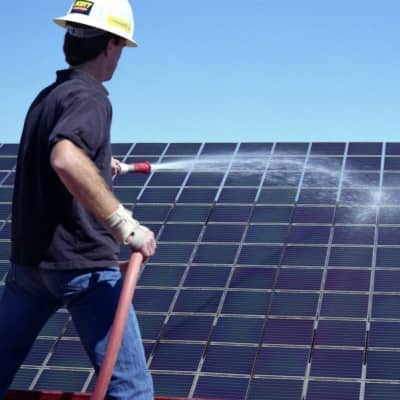 The U.S. solar industry added more than 31,000 new jobs in 2014, bringing the country's total to more than 173,800, according to The Solar Foundation's (TSF) fifth annual National Solar Jobs Census.

‘The solar industry has once again proven to be a powerful engine of economic growth and job creation,’ says Andrea Luecke, president and executive director of TSF." The solar sector has grown an extraordinary 86 percent in the last four years, adding approximately 81,000 jobs. Our census findings show that one out of every 78 new jobs created in the U.S. over the past 12 months was created by the solar industry – nearly 1.3 percent of all jobs."

TSF expects another 36,000 jobs to be added over the coming year.

The solar installation sector added nearly 50% more jobs in 2014 than the total created by both the oil and gas pipeline construction industry (10,529), and the crude petroleum and natural gas extraction industry (8,688).

The National Solar Jobs Census 2014 was conducted by TSF and BW Research Partnership with support from The George Washington University. The report, derived from data collected from more than 7,600 U.S. businesses, measured employment growth in the solar industry between November 2013 and November 2014. The margin of error of this dataset is +/-2.03%.