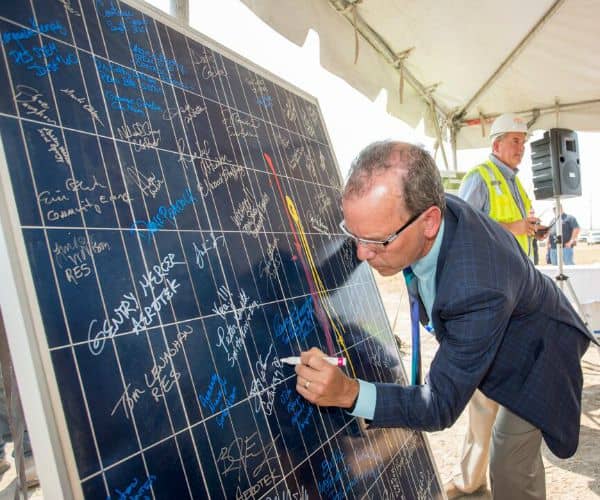 Construction is being managed by Renewable Energy Systems Americas Inc. based in Broomfield, Colo. Scheduled for completion in the first half of 2016, Comanche Solar will be the largest solar power plant east of the Rocky Mountains. The project is expected to produce more than 300 GWh of electricity per year. Operation and maintenance of the solar power plant will be performed by SunEdison Services.

SunEdison acquired Comanche Solar in 2014 from Community Energy. Public Service Co. of Colorado, a subsidiary of Xcel Energy, will purchase electricity generated by the plant under a 25-year power purchase agreement with SunEdison. The power contract was awarded as part of an open solicitation in which Comanche Solar was preferred to other forms of energy, including natural gas.

The Comanche Solar project will be financed through SunEdison's First Reserve Warehouse holding company. Wells Fargo is providing tax equity for the project.

‘SunEdison, through the Comanche Solar project, is helping move us in the right direction,’ says David Eves, president of Public Service Co. of Colorado. ‘It demonstrates that large-scale solar power can play an increasingly larger role in our customers' energy future at a competitive price point.’