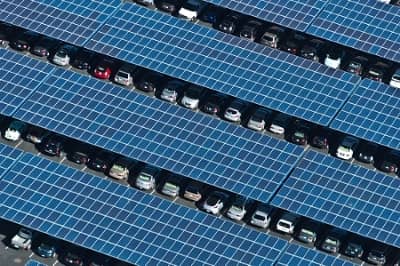 SunEdison has signed solar power purchase agreements (PPAs) with 25 elementary, middle and high schools in California to install high-performance solar parking canopies at each of the campuses. With this switch, the schools expect to save more than $30 million on energy costs over the next 20 years.

The five unified school districts to benefit from the new solar systems are Dixon, Downey, Duarte, Livermore and Newman Crows Landing. These districts signed 20-year PPAs with SunEdison for more than 7.4 MW of solar to be installed on parking canopies in each school's parking lot.

‘We've helped more than 150 schools become not only more self-sufficient, but also enabled them to free up funds to maintain their buildings and ensure they continue to be safe and positive learning environments,’ adds Youneszadeh.

With SunEdison's solar PPAs, these schools can enjoy the benefits of solar energy without any upfront cost. SunEdison will install, own and operate each system while the schools buy electricity at rates lower than those offered by their local utility.

The solar systems are expected to generate enough energy to offset more than half of all the electricity used at each school – that same amount of electricity can power 1,700 Californian homes a year.

SunEdison expects to complete the parking canopies this year. SunEdison Services, which manages, monitors and reports energy output for SunEdison's global assets, will operate and maintain the solar system.