Home Solar News Surviving The Shakeout: With PV Stocks Plunging, Where Are We Headed? 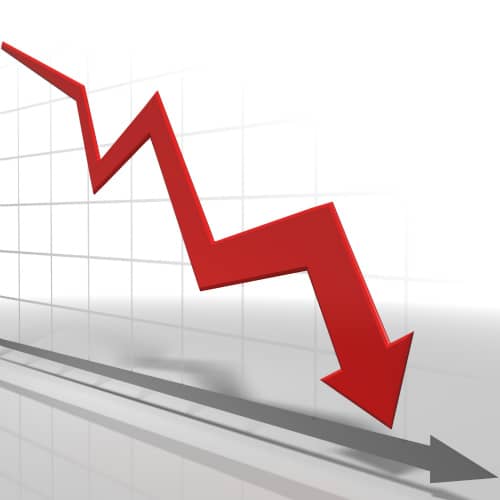 Last week's news that thin-film PV manufacturer First Solar – a much-watched publicly traded company – would cut 2,000 jobs and shut down its manufacturing operations in Germany was followed by another blow: The company's stock hit an all-time low as analysts questioned its core business model in an era of low polysilicon prices.

Unfortunately, most analysis indicates that First Solar's woes are representative of a broader corporate-finance trend in the solar sector. While many companies will survive and emerge as more competitive players, the worst may be yet to come for others.

During the first quarter of 2012 (Q1'12), a solar energy stock index developed by the renewable energy group at Lincoln International declined by 4%, underperforming the S&P 500 index.

Only the wafers/ingots segment and the engineering, procurement and construction (EPC) contractor and developer segment measured increases. However, compared to the cell/module segment – which includes a wide range of well-known firms traded on the New York Stock Exchange, NASDAQ and foreign stock exchanges – relatively few EPC providers and project developers factor into solar stock trends.

‘The solar stock index is largely weighted with companies at the early stages of the value chain,’ Chaim Lubin, vice president at Lincoln International and a member of the firm's renewable energy practice, tells Solar Industry.

‘These companies have been the most adversely affected by the disruptions in the solar market – in particular, the cell and module manufacturers,’ he continues. ‘Therefore, further downward pressure on these stocks can be expected in the near term.’

The low performers may be joined by more of their peers in the coming months, as Lubin predicts a ‘continued shakeout’ in the solar market. ‘The survivors and [the] industry as a whole should be stronger for it, but this could take time,’ he warns.

On a more positive note, Lincoln International's solar index declined less in Q1'12 than in the three previous quarters. The worst drop came in Q3'11, when the index plunged more than 50%.

‘Companies that are closer to the actual solar projects and to the end purchasers of solar projects should weather the current difficulties better than the manufacturers,’ Lubin predicts.

Under this assumption, could First Solar be one of those survivors? The company's project-development plays have expanded in recent years as it has sought to diversify its market activities.

This transition is likely to intensify and accelerate, now that the company has ‘lost its manufacturing edge,’ Maxim analyst Aaron Chew said in a research note cited by Bloomberg.

At the same time, however, First Solar – like many other PV manufacturers that have bulked up their project-development pipelines in recent years – focuses on utility-scale projects. Lubin believes this segment comes with its own set of vulnerabilities, and less exposure may enable a solar firm to be better positioned to weather the storm.

‘Companies less reliant on large utility-scale projects – which require substantial capital – can continue to be successful as long as they protect and strengthen their market positions,’ he says.