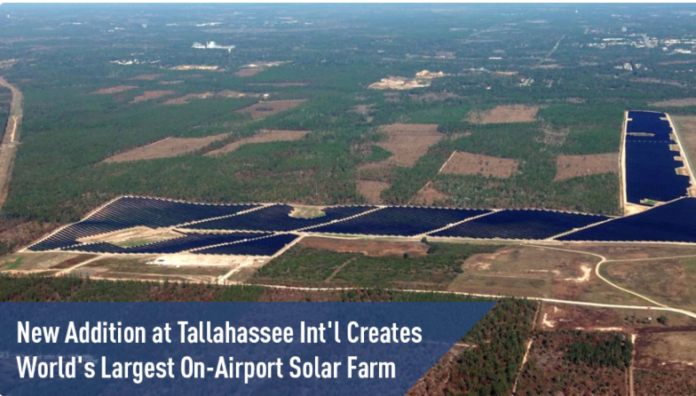 Mariben Andersen, senior associate and environmental manager at Michael Baker International, was in charge of the vital spreadsheet and many other elements of managing the project, including environmental assessments. When timing complications came into play, Andersen worked with team members to morph sequential elements into concurrent tasks wherever possible to streamline the schedule and save money.

Although the two projects at TLH occurred less than two years apart, panel efficiencies improved dramatically since the first project was completed due to rapid developments in solar technology. This particularly came into play for Jason Thomas, director of development for Origis Energy, as he ensured timely procurement of the long lead-time items such as transformers, inverters and panels. Advancements in panel technology resulted in a more efficient use of the land.

Ben Cowart, manager of alternative energy with the City of Tallahassee, handled contract negotiations for three key contracts: the energy purchase agreement with FL Solar 4 LLC, the land lease between the city and TLH, and an interconnection agreement, which allows an electric generation source to connect into the city’s electric system.

Takeaways from Tallahassee Solar I made the construction of the larger second project run more smoothly, and new lessons from Tallahassee Solar II will help guide other airports considering their own solar projects. While each of the contributing entities had varying priorities, their takeaways share some common themes: coordination, collaboration, communication and contingencies.

From the airport’s perspective, the solar farm provides a great source of non-aeronautical revenue on what would otherwise be an unused parcel of land.