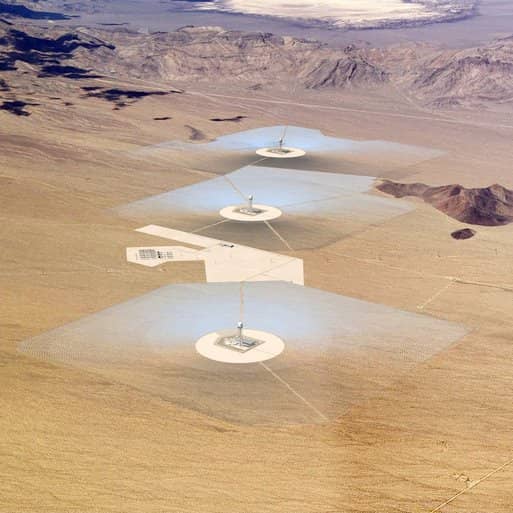 By some measures, concentrating solar power (CSP) in the U.S. experienced a slow 2012, with no large projects coming online and some others encountering difficulties. But as the industry begins 2013, CSP is still a notable force in the industry.

According to the company, more than 2,100 construction workers are currently on-site, busily installing pylons, heliostats and control-system software. Final commissioning is expected in 2013.

The completion of Ivanpah – which, like many utility-scale solar plants, has faced lawsuits and was required to change its site design in order to mitigate possible environmental impacts – is sure to give the CSP industry reason to celebrate.

Future thermal plants, however, may be able to make their case even more convincingly and offer even more value. Two recent reports – including one from the U.S. Department of Energy's National Renewable Energy Laboratory (NREL) – tout the value of including thermal storage with CSP plants.

NREL's analysis found that adding just six hours of thermal storage capacity can offer utilities significant gains over using power from PV plants or CSP plants without storage. Additional capacity and operational value could be as high as $35.80/MWh in a scenario with a high level of renewable energy penetration on the grid.

‘The additional value comes because thermal storage allows CSP to displace more expensive gas-fired generation during peak loads, rather than displacing lower-priced coal, and because it can continue to flatten the peak load in the evenings when PV isn't contributing to the mix because the sun has set,’ NREL wrote in a summary explaining the report's findings.

The NREL study, which involved simulating grid operations located primarily in Colorado, marked one of the first times that the value of CSP with storage has been quantified, the lab noted.

Researchers used a production-cost model – the same model traditionally used by utilities. Doing so enables the results to be presented in the ‘language’ that is most understandable and useful to the utilities, noted Mark Mehos, manager of NREL's Concentrating Solar Power program, in the report summary.

Net system cost
In a separate report, the Concentrating Solar Power Alliance (CSPA), an industry advocacy group, compiles analysis from NREL and other institutions to further make the case for CSP with thermal energy storage.

CSPA found that according to recent research, storage adds energy and ancillary service value ranging from $5.00/MWh to $10.00/MWh at low renewable energy penetration levels, depending on project design and region. These benefits are in addition to the higher capacity value provided, compared to more variable solar resources.

At higher renewable energy penetration levels – such as those studied as part of NREL's analysis – the benefits of thermal storage increase. ‘Some studies have pointed to the possibility of curtailment of solar energy at high penetrations, which could be reduced by maintaining dispatchable solar resources in the portfolio,’ CSPA notes in its report.

Naturally, utilities have always paid close attention to energy costs when evaluating generation sources for their portfolios. The methodology for evaluating those costs, however, may be evolving, according to CSPA.

When using a net-system-cost methodology, utilities and grid operators take into account system integration and reliability under various conditions. With this type of analysis, CSPA says, understanding the quantifiable benefits of CSP with thermal storage becomes more important.

‘This report comes at a time when utilities and grid operators are evaluating the true cost and operational impacts of higher penetrations of variable resources,’ noted Tex Wilkins, executive director of the CSP Alliance, in the report summary.Â

‘The independent research compiled from the national labs and universities, as well as the findings shared by CSP companies, shows that CSP with storage will be a very important, valuable resource for utilities and grid operators as different countries aim to achieve clean energy goals,’ he added.

Will CSP gain momentum in 2013? In addition to Ivanpah, several other large CSP projects are also already under development or construction – especially in markets such as India and South Africa.

The NREL and CSPA reports make the data-driven case for storage-supported CSP, but it remains to be seen whether utilities and grid operators will embrace these recommendations and help push the CSP industry forward.