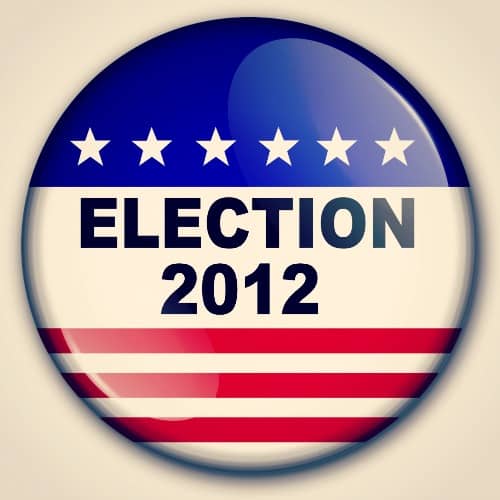 With President Barack Obama now elected to a second term, will the U.S. solar market continue its pace of expansion? Although the solar sector's membership comprises voters with diverse political views, most industry leaders characterize the Obama win as a positive for the continued development of solar projects large and small.

Rhone Resch, president and CEO of the Solar Energy Industries Association (SEIA), expressed high hopes for the U.S. solar sector under Obama's second term. ‘If the next 4 years are as good as the last 4 then solar will finally be a big part of our energy in the US,’ he tweeted after Obama was declared the winner.

‘With President Obama's victory tonight, the renewable energy industry keeps an important ally in the White House,’ wrote Arno Harris, CEO of Recurrent Energy and chairman of the board at SEIA, in a post-election blog post.

‘The win comes at a time when energy is rising in national importance,’ Harris continued. ‘Given the extent to which the opposition made renewable energy an issue, I think the president's win gives him a mandate to make clean energy a key part of the agenda for his second term.’

During his campaign for the presidency against Republican candidate Mitt Romney, Obama repeatedly touted his record on renewables. Under his administration, the U.S. doubled its production of clean energy, as he stated during the presidential debates.

For the solar sector, Obama's first term also brought an expanded loan guarantee program from the U.S. Department of Energy (DOE), numerous investments in solar through the American Recovery and Reinvestment Act, the launch of the DOE's SunShot Initiative, and the opening of huge swaths of land in the West to utility-scale solar development, among other efforts.

Policy specifics for the next four years, of course, remain yet to be determined. The divisive environment that characterized Obama's first term will likely continue, as Republicans retained control of the House of Representatives, while Democrats retained control of the Senate. Republican leaders in the House and Senate have indicated that they plan to assertively fight Obama's plans, according to the New York Times.

The president and his allies in the House and Senate may still push for pro-renewables legislation. For instance, at Solar Power International in October, former president Bill Clinton said he expected Obama to at least seek to reinstate the U.S. Department of Treasury's Section 1603 cash-grant program, which expired at the end of last year.

Election night also brought victories for several policymakers in the House and Senate who are viewed as renewable energy advocates – including Debbie Stabenow, D-Mich., who sought to bring back 1603 earlier this year via a proposed amendment to a highway transportation bill.

However, the renewable energy sector also took at least two hits on Election Day. In Michigan, voters rejected Proposal 3, which would have increased the state's renewable portfolio standard (RPS) to 25% by 2025 by amending the state's constitution.

‘Voters clearly recognized that the state's constitution is not the place for costly energy policy,’ stated Howard Edelson, campaign manager for the CARE for Michigan Coalition, which opposed the measure. ‘The overwhelming rejection of Proposal 3 is an endorsement that the state's existing energy policy is working.’

Meanwhile, in Arizona, the so-called solar team – Democrats Paul Newman, Sandra Kennedy and Marcia Busching – failed to win any seats on the powerful Arizona Corporation Commission in the state, which controls public utilities and can push for RPS increases.

According to the Phoenix Times, the trio was defeated by three Republicans, which means that the commission will be 100% Republican for at least two years. The newly elected members have stated that they do not oppose solar, as a rule, but that incentives must be phased out.