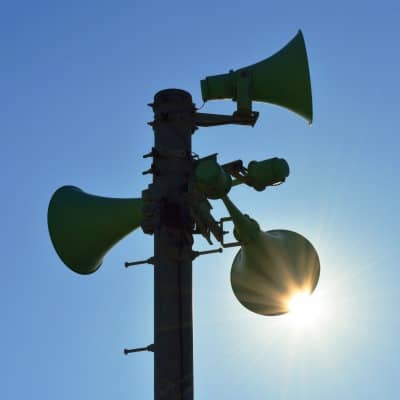 There has been a great deal of discussion recently concerning the availability of real estate investment trusts (REITs) as tax-favored structures for the financing and refinancing of renewable energy projects. Current interpretations of the REIT provisions of the federal tax code preclude REITs from investing in renewable energy projects where the electricity produced is delivered to the grid.

Partly in response to the blockage caused by the Internal Revenue Service (IRS) interpretations, the agency has issued proposed regulations that would, if implemented, make it easier for REITs to make and hold renewable energy investments.

As they stand, the proposed regulations would still continue to block REIT investments where the user of the renewable energy asset intends to deliver electric energy into the grid as a primary use of the asset. The proposed regulations maintain the blockage by creating the distinction between passive assets, such as pipeline systems that act as conduits for the activities of others, and active assets, such as utility-scale solar photovoltaic installations.

To date, few – if any – commentators on the proposed regulations have gone beyond noting the active-passive distinction and shrugging their shoulders that the proposed regulations would do so little for enabling renewable energy to access the REIT capital markets. It is a good time to revisit Congressional intent in first enacting the REIT provisions of the tax code before the IRS takes the step of embedding in the REIT regulations a distinction – active property versus passive property – that would permit REIT ownership of the Keystone XL pipeline but not a utility-scale solar power project.

No distinct intent
I believe that the active-passive distinction is not based in Congressional intent in enacting the REIT provisions in 1960. Renewable energy stakeholders can and should be active in trying to eliminate the roadblock to REIT investments in renewable energy assets.

While Congress had the intention of distinguishing between active and passive businesses in determining eligibility for REIT benefits, Congress' purpose was completely incorporated by the statutory constraints. The legislative history demonstrates, in my view, that Congress did not intend for the IRS – by regulation or otherwise – to make any determination as to whether or not a REIT's assets or income is active or passive beyond the constraints provided in the statute.

Definitions of property
The regulations state that ‘real property’ means land or improvements thereon, such as buildings or other inherently permanent structures thereon – including items that are structural components of such buildings or structures. ‘Improvements,’ whether buildings or other structures, that are"REIT-able," share the characteristic of inherent permanence reflective of the general common law distinction, albeit with various cut points as to improvements that were considered fixtures across the several states.

The original regulations through the present day excluded from ‘real property’ the class of ‘assets accessory to a business.’ The ambiguity of the phrase is the driving force behind the proposed regulations, and the driving force behind the active/passive cut point is improvement to and clarification of – and not elimination of – the phrase ‘assets accessory to the operation of a business.’ Thus, assets that share the characteristic of inherent permanence as improvements to land – say, the Keystone XL pipeline and a utility-scale solar power project – can be a good REIT asset if they are passive (e.g., Keystone XL) or not a good REIT asset if they are active (e.g., the solar project).

One purpose of the insertion can be demonstrated to have been the pursuit by the IRS of federal definitions of personal property and real property that would be one-size-fits-all for tax code purposes. The accessory language can be shown to be an artifact of the pursuit, a pursuit that was abandoned within a short period of time after the REIT regulations became final. This purpose is not a REIT purpose and should not justify – even 50 years after it was first inserted into the REIT regulations – replacing an unworkable concept with a supposed workable distinction of active versus passive. The IRS' proposed regulations should not continue to preserve the result of a failed IRS experiment.

As noted above, Congress selected the constraints that it wanted to impose to assure that the REIT and its lessee would be passive. Assuming the constraints have been met, it is hard to see how the additional"assets accessory’ language would help police REITs beyond the constraints imposed by Congressional mandates. Can a pipeline system such as Keystone XL be categorically passive while a utility-scale solar project – with capital costs that might be as little as 1% or 2% of those of Keystone XL – is categorically active?

Time to act
Implementation of the active/passive distinction leads to strange results. Inclusion of the Keystone XL pipeline system and exclusion of a PV solar project permanently installed on the roof of a large waste treatment facility is one strange result. Within the solar energy area itself, the results are strange: PV mounts are REIT-able but not the panels. Also, the heliostats and parabolic troughs comprising the bulk of a concentrating solar power (CSP) project and the thermal storage tanks are likely passive enough to be REIT-able, but the PV modules (like the generator components of a CSP project) are too active.Â Nothing in the legislative history of the REIT provisions justifies these strange results.

From a larger perspective, renewable energy assets are and need to be permanent features of the U.S. energy landscape, just as much as transportation assets like the Keystone XL pipeline. Assuming that an inherently permanent asset is owned, operated, maintained and leased in accordance with Congressionally mandated constraints, renewable assets should not – except for Congressionally mandated reasons – be deprived of a pass-through structure, such as REITs, that is available for a pipeline system. The assets accessory/active-passive limitation was put in place without reference to the tests selected by Congress to implement its REIT policy, and the limitation can be removed without reference to such tests.

Renewable energy stakeholders can mount a very strong argument that renewable energy assets are entitled to the same REIT status afforded to assets such as the Keystone XL pipeline system. The consideration by the IRS of the proposed regulations – via a robust comment process and a public hearing – is the right time and the right place to fix the regulations to embrace the modern age just as the REIT provisions were designed to embrace a then-dawning age of enhanced capital investment in the nation's building stock.

Comments on the proposed regulations are due by Aug. 12, and a public hearing is scheduled for Sept. 18. To submit and review comments, click here.

Timothy M. Toy is a lawyer with expertise in energy law and energy infrastructure REITs. He has his own law practice in Mendham, N.J. For more information on REITs, visit Toy's online sourcebook here.