Construction has begun on a TotalEnergies and Schneider Electric solar microgrid system with a 2 MW photovoltaic array and a 1.25 MW battery energy storage system. Once construction has been completed, the microgrid will be integrated with the new Rockwell/Allen Bradley distributed control system at Aemetis Inc.’s biorefinery in Keyes, Calif.

The solar array will generate approximately 3.2 million kWh per year. Foundations for the solar array are now under construction, with project completion expected in the second quarter of 2023. TotalEnergies serves as the project’s PV supplier as well as the engineering, procurement and construction contractor.

“The microgrid creates energy resiliency and will assist with off peak load shedding and energy efficiency,” states Eric McAfee, chairman and CEO of Aemetis. “This microgrid, along with other energy saving technologies being implemented at our low-carbon ethanol facility, will further reduce the carbon intensity score of the fuel ethanol produced. Aemetis can also displace natural gas with carbon negative renewable natural gas upgraded and injected at the same facility in Keyes, Calif.”

The AI-enabled control system will run on virtualized servers, reducing the amount of computer hardware by 80%, which will require less power to operate than traditional systems. Virtualized systems do not require changing hardware to upgrade obsolescent operating systems or security changes. The virtual environment will also help reduce planned and unplanned down time.

The $12 million solar microgrid, battery backup and AI-enabled energy system is supported by an $8 million grant awarded to Aemetis by the California Energy Commission. 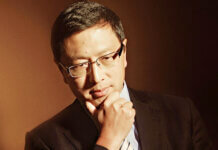