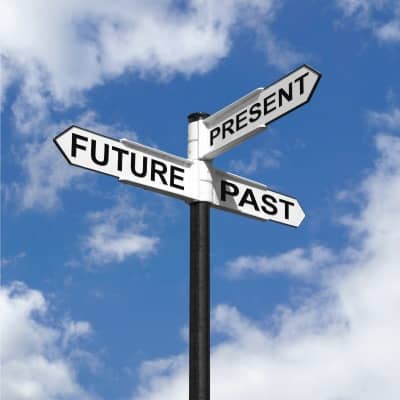 Solar developers in the region covered by the Tennessee Valley Authority (TVA) are critical of the falling premiums and other incentives the federally run utility is offering for solar power.

One developer points out that the amount of solar installed under the TVA's Green Power Partners program has dropped precipitously from a high of 31.77 MW in 2011 to 12.61 MW in 2013. The first half of this year has seen only 1.53 MW of new solar capacity deployed under the program.

The rates and caps for 2015 are due in November, and few are expecting any celebrations from the solar sector.

According to Patricia West, manager of renewable energy programs for the TVA, the agency's mission really has not changed since it was started in 1933. The TVA focuses on what West calls the three Es – energy, environment and economic development. There is also a responsibility to keep electric rates as low as is feasible. Sometimes, these different aspects of the TVA's mandate come into conflict.

The main source of conflict with solar developers is the annual review process that sets the caps and premiums for the different segments of the TVA's solar programs. The annual process has produced variations that can dramatically change a developer's prospects from year to year.

The TVA currently is developing its renewable energy portfolio according to its 2011 integrated renewables plan (IRP). The existing scheme calls for between 1.5 GW and 2.5 GW of cost-effective renewables by 2020. The TVA says it has about 1.648 GW of IRP renewables capacity in operation at the moment.

These figures just relate to the IRP. Overall, the TVA's renewable energy portfolio includes over 4.6 GW of hydropower, 1.6 GW of wind power imported from sources in the Midwest, 27 MW of wind from the wind turbines on Buffalo Mountain, and about 86 MW of solar. The TVA also claims another 230 MW of solar projects are in the development pipeline.

At the same time, the numbers are small comfort to developers that have to run businesses based on a constantly shifting landscape. One critical developer says solar power is essentially being overlooked by a federal agency in what is ostensibly a solar-friendly Obama administration. In particular, the pace of solar development in the TVA region seems anemic compared to regional solar tigers in North Carolina and Georgia.

The TVA's West says the agency is constrained by a mandate that must juggle the demands of the solar sector against a wide range of other interests.

‘If you look at Duke in North Carolina, they have a renewable portfolio standard in effect and also offer a hefty state tax incentive on top of the federal incentives,’ West says. ‘Georgia Power's push for renewables comes out of their integrated resource plan that they just published.’

West admits that the TVA's current IRP may not reflect the realities of the current solar marketplace. Since the current plan came out in 2011, loads in the region have flattened due to the recession, natural gas prices have dropped and more coal plants have been idled due to Environmental Protection Agency regulations.

‘We are in the process of updating our IRP to reflect these changes,’ explains West.

She says that unlike the last round, the current effort will incorporate more input from sources outside the TVA. The agency has created the Tennessee Valley Renewable Information Exchange Group that she says includes stakeholders in the environmental community, academia, state agencies and local power companies. The TVA has asked this group to produce technology champions for key renewable energy sectors.

On the solar side, West says the effort has brought in developers to assist with inputs such as project cost over time, capacity factors and net dependable capacity. ‘I think this is going to produce a much better document,’ she says.

A draft of the TVA's new IRP will be published in February, with the final version scheduled to go to the TVA board for approval in the late spring.

In addition to the new IRP, West points to the TVA's effort to develop a distributed generation integration value (DGIV) methodology that she says is analogous to value-of-solar methodologies such as the one Minnesota is fielding.

The TVA is pursuing its DGIV study in cooperation with the Electric Power Research Institute and the Solar Electric Power Association. The focus is on generation sources of 50 kW and smaller, but West says the results will be applicable at all scales. A draft methodology is expected to be published this winter.

‘We are trying to figure out what is the value of that distributed generation to both the distribution system and the transmission system,’ West says. ‘You want to put the generation near the load. I think you are going to see a lot of movement on this nationally.’

To read a letter response to this article from a solar developer, click here.