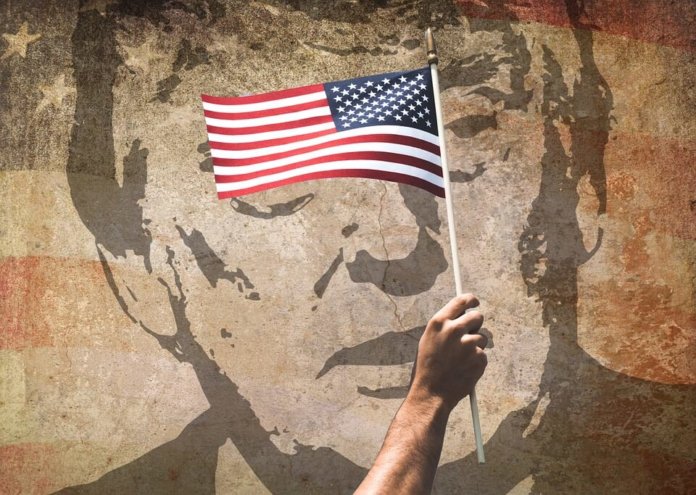 Editor’s note: This article was updated on Jan. 23 to include clarifications from the USTR about country exclusions and additional information.

On Monday, the Trump administration revealed the highly anticipated – and, for many industry stakeholders, feared – determination on the Section 201 trade case launched by Suniva and SolarWorld Americas. Perhaps because President Donald Trump had been busy dealing with the government shutdown, however, U.S. Trade Representative (USTR) Robert Lighthizer made the initial announcement.

According to a press release from the USTR, Trump has approved applying import tariffs on crystalline silicon photovoltaic (CSPV) cells and modules starting at 30%, with an annual exemption for the first 2.5 GW of imported solar cells. In the release, Lighthizer notes the president has also signed off on tariffs for imported residential washing machines.

“These cases were filed by American businesses and thoroughly litigated at the International Trade Commission (ITC) over a period of several months,” says Lighthizer. “The ITC found that U.S. producers had been seriously injured by imports and made several recommendations to the president. Upon receiving these recommendations, my staff and I conducted an exhaustive process which included opportunities to brief in person and through public comments, public hearings, and meetings with senior representatives. Based on this information, the Trade Policy Committee developed recommendations, which the president has accepted. The president’s action makes clear again that the Trump administration will always defend American workers, farmers, ranchers, and businesses in this regard.”

Trump’s solar trade decision comes slightly ahead of a Jan. 26 deadline and after nearly a year of heated campaigns from the two co-petitioners and major case opponent, the Solar Energy Industries Association (SEIA).

Last May, the ITC initiated an investigation after Georgia-based bankrupt manufacturer Suniva filed a Section 201 petition, and, facing troubles of its own, Oregon-based SolarWorld Americas later joined as a co-petitioner. The obscure Section 201 mechanism is unlike the previous SolarWorld-led U.S. trade actions against Chinese and Taiwanese solar imports, as it does not require a finding of unfair trade practices and applies globally, rather than to one specific country, unless a free-trade partner is exempted.

The co-petitioners have argued that Chinese-owned module suppliers set up shop in other markets to successfully avoid U.S. tariffs and that a continued glut of cheap imports into the U.S. makes it difficult for domestic module makers to compete. (Notably, SolarWorld has a German parent and Suniva is majority owned by a Chinese company, which opposed the Section 201 petition.) The co-petitioners claimed the imposition of an “effective remedy” would salvage the remaining U.S. manufacturing capacity and lead to the creationof over 100,000 jobs across all segments in the industry. Meanwhile, SEIA released its own report finding nearly the same number of jobs would be lost if Suniva got what it initially asked for.

In September, the ITC unanimously determined that imported CSPV cells and modules have caused, or threatened to cause, “serious injury” to the domestic CSPV manufacturing industry. The commissioners later made a variety of trade remedy recommendations, including quotas, tariffs up to 35%, and import licenses. The ITC also recommended that a number of U.S. free-trade partners, including Canada and Singapore, be excluded from any global trade actions.

In order to help Trump determine the “appropriate and feasible action to take” and perhaps ward off potential World Trade Organization (WTO) objections, Lighthizer requested a follow-up ITC report, which singled out China for “unforeseen developments” related to policies that created a “vast overcapacity” and a resultant surge of CSPV imports into the U.S.

According to analysts, the ITC’s recommended tariffs were much lower than what the co-petitioners originally sought and penciled out to between about $0.10/W and $0.12/W. Suniva and SolarWorld considered the proposal too weak and called for higher tariffs, and SEIA maintained that any new tariffs would greatly threaten the solar industry.

Under a Section 201 case, however, the president had the final say as to what, if any, trade actions to implement. Given the ITC’s unanimous ruling; Trump’s long history of wanting to be tough on trade, especially in regards to China; and the president’s “America First” policy platform, the decision to apply new tariffs on CSPV products is largely unsurprising.

For imports of CSPV solar cells and modules, Trump approved applying safeguard tariffs for the next four years (the length of time afforded under a Section 201 case) with the following terms:

As the USTR explains, the trade relief will include a tariff of 30% in the first year, 25% in the second year, 20% in the third year, and 15% in the fourth year. Additionally, the first 2.5 GW of imported solar cells will be exempt from the safeguard tariff in each of those four years.

The 30% tariff is slightly lower than the highest recommended by one ITC commissioner, 35%, and much lower than the 50% tariff Suniva and SolarWorld had been calling for. An updated USTR fact sheet shows Trump ultimately denied the ITC’s recommendation to exclude Canada from the global tariffs, and the document verifies neighboring Mexico and major CSPV importer Korea will also be impacted.

In an emailed response to Solar Industry, a USTR spokesperson pointed out that the fact sheet says, “Consistent with our WTO obligations and our past practice, the United States is
excluding all Generalized System of Preferences (GSP) beneficiary countries” from the tariffs, save for Thailand and the Philippines.

“If they are not listed as an excluded country [in the fact sheet] or a GSP beneficiary (with two noted exceptions), then the global safeguard tariff applies,” the spokesperson wrote. The spokesperson did not provide clarification regarding Singapore, which the ITC had also recommended for exclusion but is not a listed GSP beneficiary.

According to its announcement, the USTR will also engage in discussions among interested parties that could lead to positive resolution of the separate antidumping and countervailing duty measures currently imposed on Chinese solar products and U.S. polysilicon. The goal of those discussions must be fair and sustainable trade throughout the whole solar energy value chain, which would benefit U.S. producers, workers, and consumers, the release says.

Both co-petitioners have welcomed the decision, while the vast majority of other solar stakeholders have expressed disappointment and concerns.

“SolarWorld Americas appreciates the hard work of President Trump, the U.S. Trade Representative, and this administration in reaching today’s decision, and the president’s recognition of the importance of solar manufacturing to America’s economic and national security,” says Juergen Stein, CEO and president of SolarWorld Americas Inc. “We are still reviewing these remedies, and are hopeful they will be enough to address the import surge and to rebuild solar manufacturing in the United States. We will work with the U.S. government to implement these remedies, including future negotiations, in the strongest way possible to benefit solar manufacturing and its thousands of American workers to ensure that U.S. solar manufacturing is world-class competitive for the long term.”

In a separate statement, Suniva says, “On behalf of Suniva’s employees and the thousands of American solar manufacturing workers significantly harmed by unfair trade practices, we thank President Trump for holding China and its proxies accountable, imposing necessary tariffs, and closing the threatened Canadian loophole.

“Over the last five years, nearly 30 American solar manufacturers collapsed; today, the president is sending a message that American innovation and manufacturing will not be bullied out of existence without a fight,” Suniva continues. “We look forward to working with the administration as these tariffs go into effect and beginning global settlement negotiations. This is a step forward for this high-tech solar manufacturing industry we pioneered right here in America.”

SEIA, on the other hand, calls Trump’s decision a “loss for America.”

“While tariffs in this case will not create adequate cell or module manufacturing to meet U.S. demand, or keep foreign-owned Suniva and SolarWorld afloat, they will create a crisis in a part of our economy that has been thriving, which will ultimately cost tens of thousands of hard-working, blue-collar Americans their jobs,” says Abigail Ross Hopper, SEIA’s president and CEO.

SEIA also argues the decision will have far-reaching impacts across all sectors of the solar industry, including the loss of about 23,000 U.S. jobs this year.

Tony Clifford, chief development officer of installer Standard Solar, says, “It boggles my mind that this president – any president, really – would voluntarily choose to damage one of the fastest-growing segments of our economy. This decision is misguided and denies the reality that bankrupt foreign companies will be the beneficiaries of an American taxpayer bailout.”

“This is a bad day for the U.S.,” states Costa Nicolaou, president and CEO of racking company PanelClaw. “What’s most disappointing is that the president sided with two foreign-owned companies and didn’t listen to Americans from across the country and political spectrum who understood tariffs will cause great economic pain for so many families in the solar sector.”

SEIA points out that, despite the likely negative impacts of the decision, the tariffs were “nowhere near as bad” as what the co-petitioners sought. The group also says it also looks forward to working with interested parties to achieve a positive outcome in the existing antidumping and countervailing duty cases.

“While we believe the decision will be significantly harmful to our industry and the economy, we appreciate that the president and the administration listened to our arguments,” says Hopper. “Our industry will emerge from this. The case for solar energy is just too strong to be held down for long, but the severe near-term impacts of these tariffs are unfortunate and avoidable.”

According to Morten Lund, solar energy partner at law firm Stoel Rives, Section 201 statute dictates that implementation is 15 days from the transmission of the president’s decision to Congress. Lund says that means implementation could be as early as Feb. 6, although it could be delayed for a number of reasons, such as the government shutdown, and could be subject to congressional revisions regarding free-trade partner exemptions.

More industry reactions are available here, and a prediction of how the tariffs will affect U.S. solar installations is available here. 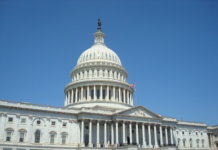 Solar ITC Extension Fails to Make it Into Extenders Package 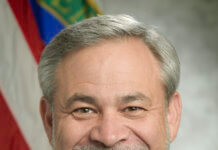 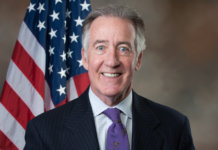